With the mercury set to hit the mid 20s in Ireland over the weekend, expect the air to be filled with the sound of barbecues being fired-up and ice-cream van jingles penetrating housing estates around the country.

But a far better soundtrack as you head to the garden, beach or nearest park to enjoy the mini-heatwave, would be some decent summer tunes. Here's a look back at the top anthems that filled the airwaves in Ireland in recent times.

One of the all time great summer tunes - even twenty-six years later this still sounds as fresh as ever. The mellow beats and Will Smith's unmistakable rhymes make it impossible to listen without thinking of the sun in your face.

We defy anyone to listen to this and not immediately feel 4000% happier. Released in July 1995, the song became THE tune of the summer thanks to it's breezy melody and upbeat lyrics.

Another July release that had the right vibe to capture the attention of sun lovers. The song went to number one here in Ireland and lyrics about "cruising down the freeway in the hot hot sun" certainly helped.

We all went a bit Latin music crazy in the late 90s (let's skip over the horror that was The Macarena). Ricky Martin's tune was on the radio non-stop and cheesy 'n' all as it is - it still conjures up images of hot summer days and provokes hip movements that leaves elders spilling their tea.

If you're going to have a one hit wonder, it's probably best to have one that people revisit every time the sun makes an appearance. The Canadian band didn't grace the charts much after this but it was the tune to beat during the last summer of the '90s.

What do you mean this has nothing to do with broken air conditioning?? A big summer anthem back in its day, the song recently gained notoriety after fans attempted to continually stream it in order to help Nelly out of his, eh, tax troubles.

It's the song that catapulted Beyoncé into mega mega stardom, her debut solo single from summer 2003 is one of the most recognisable and arguably best tunes of the noughties.

Remember a decade ago when Timbaland was responsible for just about everything in the charts? This rocked to the top of the Irish charts for five weeks during the summer making it one of the biggest selling songs of the year. The actual bestseller? Something called Umbrella...

This was a monster hit for the band eight summers ago and remains infectious to this day. The tune was produced by some bloke called David Guetta as phase one of his plans for world domination.

Possibly THE summer anthem of recent years, this collaboration between the epic electronica duo, Williams and Nile Rodgers was pure genius. It will probably be still playing even after the planet is extinguished into dust despite some decidedly ropey covers since. Yes Linda Martin we mean you!

God we really loved this song in Ireland. After Avicii made Folktronica a thing, it was hardly surprising that we would enthusiastically embrace this crossover between dance and country more than anyone. It lodged itself at the top of the charts here for seven weeks, and then got a second release after Coláiste Lurgan's cover went viral later that summer.

Ok we're cheating a bit as this technically was released at the end of 2013, and it topped the charts while the temperatures outside were anything close to warm. But if anything better sums up the optimism and joy of a summer's day, we'd be surprised. One of the all time great pop hits.

In fairness to JT he could have made this list several times, especially with Rock Your Body and Sexyback - but this just about shades it. Pure summer happiness in a bottle - play it loud and get up to dance.

So what's likely to be remembered as the summer anthem from this year? The hot money is on Despacito, though don't expect Justin Bieber to belt it out in Dublin next week as it's clear the Biebs hasn't a notion what the Spanish lyrics are despite his appearance on the massive chart hit.

If that doesn't float your boat then we can suggest this. Disciples new tune, On My Mind, is an absolute banger and you'll be hearing it everywhere for the next couple of months. 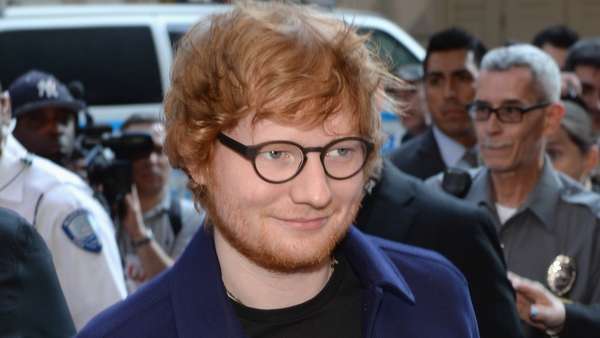