From a 1963 version of Molly Malone to early live recordings of future classics like Both Sides Now and Little Green, this five-disc boxset is a joyous journey through time to the earliest stirrings of one of the true greats of the popular song

With Dylan's every croak and groan unearthed and committed to a bootleg series as never-ending as his tours and Neil Young’s archive a constantly churning cottage industry of unreleased demos and mislaid, sometimes wayward, albums, it’s a wonder why the early work of Joni Mitchell has never been dusted off and given the gilded box set treatment.

Well, this sprawling and comprehensive collection corrects that historical aberration. Many of the sketchy live recordings included here have circulated among fans for decades but Joni Mitchell Archive Volume 1- The Early Years (1963 -1967) officially opens the song silo of one of the great voices of the age with a five-disc collection.

Featuring nearly six hours of unreleased audio, including 29 original unreleased Mitchell compositions, her first known recordings, home demos, and live performances that trace her development from art school ingenue to beacon of the folk boom, it overflows with riches.

For true fans the real treasure may be found on disc one. Joni’s earliest recording, it’s a 1963 audition tape recorded at local radio station CFQC in 1963 in Saskatoon, Saskatchewan. Here is the 18-year-old Joan Anderson of Fort Macleod armed with her prized €36 ukulele, singing versions of folk standards such as House of The Rising Sun, a gambolling Nancy Whiskey, an earthy ode to moonshining called Copper Kettle, and an extra sweet and sorrowful take on Molly Malone.

Rachel Breslin on where to begin with Joni Mitchell

Bobby Bowman, a jobbing DJ who plied his trade at night on local radio stations, unearthed those session tapes a full fifty years after they were committed to toiling reel-to-reel, and he remembers Joni thus, "Among our crew was Joni, a stunning blonde girl who was doing her best to pay for art college by modelling and singing in coffee houses. No trouble identifying Joni. She was the one with the ukulele, always, the ukulele."

From depression era laments to early glimmers of the sixties folk boom to kaftaned sage of the age of Aquarius, these five discs catch Mitchell before she was a lady of the canyons or a supercilious jazz rock maven. It’s all here. A live recording of a set at the Half Beat Club in Toronto in October 1964 comes with the wry aside of the roar of the coffee percolator in the background and even at that early show, Mitchell’s otherworldly voice already seems fixed in the firmament.

Fast forward three years, not long before Joni released her first album, and disc 5 of this new collection throws up a smoky and languorous take of future classic Little Green, recorded at Canterbury House, Ann Arbor, Michigan in October '67. Future album cuts, Michael From the Mountains, I Had A King, Chelsea Morning, Both Sides Now, and The Circle Game also take early bows - as does a cover of Neil Young’s Sugar Mountain.

Happy Birthday to the magical mystical maven, Joni Mitchell. We adore you! pic.twitter.com/IJ3dDSFvhn

In the same live show, confirmed Hibernophile Mitchell (it’s the songs, you see) does a passable Irish accent and intros one song with a mention of the "Irish rebellious speakers and the Irish power speakers" she heard at Hyde Park Corker on an earlier trip to London. 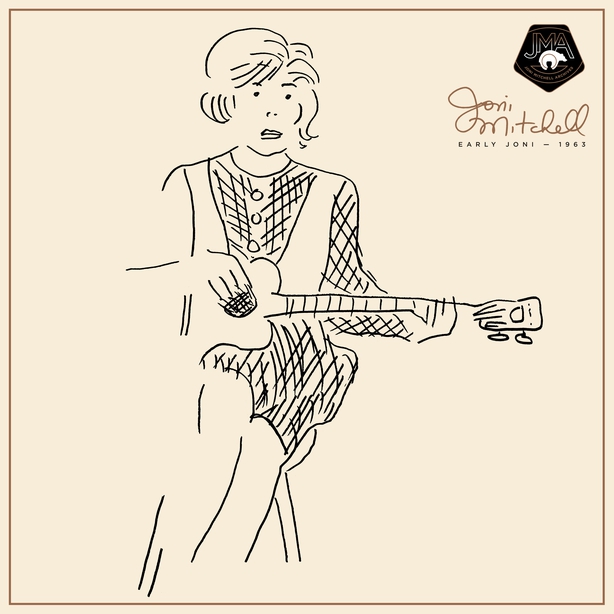 The box set includes a sketch by Joni herself, her first piece of art in several years, and it also comes with a beautifully designed 40-page booklet featuring liner notes, concert flyers, shots of tape boxes, newspaper clippings, childhood pictures (nice cowgirl outfit, Joni!) and a conversation with writer and filmmaker Cameron Crowe.

Dedicated to the memory of her late manager Elliot Roberts, also keeper of the flame for Joni’s equally single-minded and contrary countryman Neil Young, this handsome collection is a joyous journey through time to the earliest stirrings of one of the true greats of the popular song.

The game changing Blue, the commercial peak of Court and Spark, and the serpentine opulence of The Hissing of Summer Lawns all lay ahead. On this treasure trove of early work, you can almost hear that siren voice calling across the Canadian prairies from all those years ago.