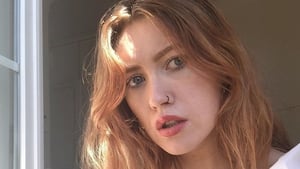 Veering away from the folk-y tones that were apparent in his debut album Flicker, Niall Horan is back with his newest single Nice To Meet Ya. And this one absolutely drips with swagger.

Accompanied by a simple 90's piano riff, Horan adopts a husky voice and sings fondly of a fickle lover who aimless drops in and out of his life. As he compliments and sweet talks this mysterious woman in the second verse, his lively band join in and bring a heavier tone to the mix.

The catchy beat is not out of place and certainly will have you tapping your toe, however around the one minute mark, the song starts to lose itself. The continuous repetition of the chorus drags out the second half and even though it is a relatively short song, at just over two and a half minutes long, the chorus seems never ending.

This catchy hit from Horan, whose single Slow Hands peaked at number seven on the UK singles chart in 2017, had a lot of potential. It had a different feel from his earlier stuff, he didn’t do a full Madonna but he definitely did change his tune, so to speak. Although sounding seductive and bringing a heavier and faster beat, his attempt at maintaining an alluring sound throughout was hindered by the repetitive chorus.

It is apparent that the artist has significantly grown since his last release two years ago. Nice To Meet Ya seems more mature and flirtatious than previous work, and this works in his favour.

However, all in all, the new song left a lot to be desired. The first half was promising and his new sound is definitely an improvement to his earlier singles (which all seemed to have strong Ed Sheeran influence) but this step in the right direction was a safe bet that did not pay off.