A highly-influential figure in American music and black consciousness, Archie Shepp has been a bold, soulful innovator in his time and Fire Music, just reissued on vinyl, exemplifies that fiery, gutsy spirit.

Archie is still blowing his horn, by the way, and if you are that way inclined, or indeed, in the vicinity, you can catch the legendary sax-player on October 15 at the castle in Heidelberg in Germany.

For his peculiarly astringent but soulful brew, Shepp drew on African music, New Orleans jazz and rhythm and blues and the musician was vocal in the struggle against racism and the colour bar in the 1960s. Civil rights were always to the fore as an element in his cutting edge music, as evidenced by Fire Music which first appeared in 1965. 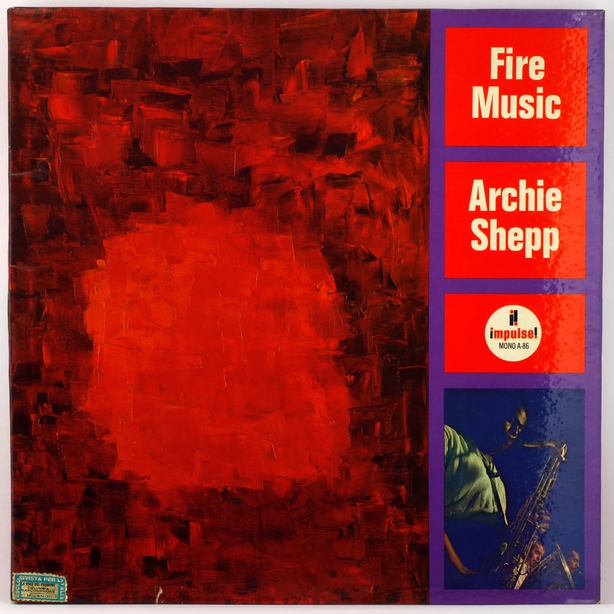 Malcom, Malcom - Semper Malcolm features the saxophonist leader reciting a short poem in honour of the slain Malcolm X before taking up his sax for the music, accompanied by double bass player David Isenzon and the drumming of J.C. Moses.

The album is not an easy listen for the fan who likes tunefulness and smooth rhythms, it must be said. Shepp is more in a Charlie Mingus groove, with little of the accessibility of, say, Miles Davis. In fact, just to cheekily send up any suggestion of prettiness or shimmer, he takes all the sensual sway out of of Girl from Ipanema in his bonkers version which features here. It runs to eight minutes and 33 seconds which may prove a little long for you.

The album, however, opens with Hambone, all free-ranging bittersweet horn harmony riffing across 12 minutes and 28 seconds, led by Shepp's tenor, with Marion Brown on alto sax, Reggie Johnson on bass and Joe Chambers on drums. The same appealing line-up delivers track two, Los Olvidados, a tribute to the 1950 film directed by Luis Buñuel, dealing with the lives of poverty-stricken children in contemporary Mexico. An acquired taste, let's just say.