The legendary trumpeter Freddie Hubbard died aged 70 in 2009 of complications following a heart attack. On his death, John Fordham wrote in a Guardian obituary as follows. "Like Marsalis, Hubbard had seemed to be in command of the complete vocabulary of jazz trumpet while still a teenager, from Louis Armstrong's full sound and thrilling narrative clarity, through Dizzy Gillespie's energy, to the graceful 1950s modernist Clifford Brown's mix of unflustered speed and subtly expressive warmth."

Here are assembled five classic albums from the narrow band of just a few years, an indication of the amazing prolific talents. There is Open Sesame, originally released in 1960; Goin' Up (1961); Hub Cap (1961); Ready for Freddie (1962); Hub-Tones (1963). The list of accompanying musicians is veritably Olympian - Herbie Hancock, Cedar Walton and McCoy Tyner on various pianos, Philly Joe Jones on drums, Hank Mobley on tenor sax, Paul Chambers on bass and so on. 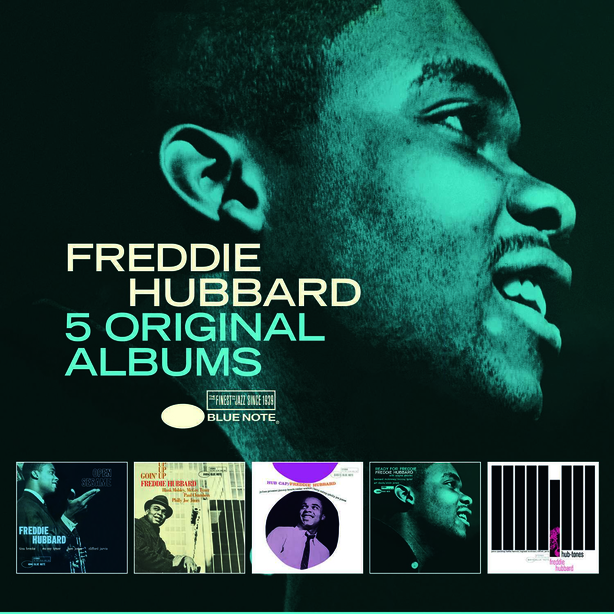