First things first - a wyvern is a winged two-legged dragon with a barbed tail. That’s some image to live up to but the Bray trio of Karen Cowley, Caoimhe Barry and Saoirse Duane succeed in alchemising a strange kind of mystery on their impressively fresh-sounding debut.

With their three-part harmonies to the fore, they swoop and arc as programmed synths and warm electronic modulations burble away underneath. Having toured with their former college friend Hozier and also with James Vincent McMorrow, Wyvern Lingo seem to have taken more musical cues from the latter with arrangements and moods that, like JVM, aspire to the almost otherworldly atmospheres of James Blake.

There are also touches of nineties neo soul on the sultry and predatory Maybe It’s My Nature, which calls to mind Toni Braxton. Themes of political and sexual politics occur throughout - Out of My Hands lashes out at being pigeonholed and I Love You, Sadie is a gender fluid love song. The vocals are never less than superb and nearly every song bursts with melody and invention.

Strangely, the best tracks are kept till last - the jagged guitar song Subside and the off-kilter When I Can (Rubbish). It can be a little manicured and tasteful in places but there’s muscle aplenty under those cool surfaces.

Atack 'was stereotyped and typecast' after Inbetweeners 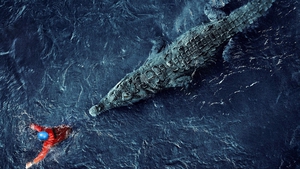