They’re barely out of their teens but Dublin quintet Little Green Cars display a mature intensity and a terrific grasp of classic song writing on their astonishing debut album. Dropping references to literary giants Harper Lee and Kurt Vonnegut (and, of course, a certain iconic American actor) is no act of precociousness either – LGC belong firmly in the American heartland, both for the prairie-wide scope of their music and their lyrical concerns of youth, age, madness, and unrequited love.

Like refugees from the era of The Band and Emmylou and Gram, it’s almost as if they are here to serve notice that the adult orientated country rock of Lady Antebellum and the faux folk of Mumford & Sons just will not do.

Guns, bitter tears, death and angels crop up a lot on these songs, like the words of dustbowl desperadoes striking out on a quest for redemption but ending up penitent at the bottom of a dirt track. Four-part harmonies dominate and while Steve Appleby’s Neil Young styled quaver is just fine it's his fellow vocalist Faye O’Rourke who will transfix you in your tracks. On the album’s best song, My Love Took Me Down to The River to Silence Me, she matches Grace Slick for starkness and later, on The Kitchen Floor, she recalls Gillian Welch in her ability to paint a scene of domestic desolation.

The pity is that the magnetic O’Rourke, very much the grievous angel of LGC, isn’t given more lead vocals. But these are all remarkalbe songs worth cherishing - Appleby's frayed vocals and the smart and funny run of couplets on Harper Lee; the spindly guitars of Angel Owl; the anthemic surge of Big Red Dragon (The Mamas and Papas with machine guns basically); and the way The John Wayne will have you laughing one minute and possibly crying the next.

On Red and Blue, Appleby feeds his fragile voice though a vocoder and backed up by organ, he delivers another one of the album’s most yearning and expansive moments. With The Kitchen Floor, which sounds like Welch fronting Minnesota minimalists Low, LGC locate the exact crux of a domestic war of nerves with a smouldering sadness before O’Rourke completely detonates the scene when she sings “I guess what’s done is done, I’ll just go inside and watch TV” (TV, mind, not the telly). It is one of many “oh man” moments on this rich, and emotionally-engaging album.

Produced by Marcus Dravs of Mumfords and Arcade Fire fame, LGC have none of the former’s noisome clatter and at least some of the latter’s sheer velocity and passion. You may find yourself joining these wide-eyed (not so) innocents as they fumble their way forward on their quest for glory. 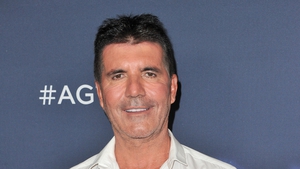 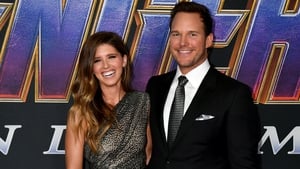 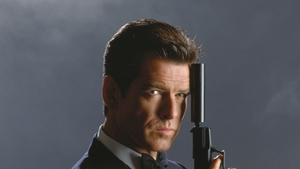