The news that Daniel Day-Lewis is planning to retire from acting has left movie fans shocked as it will deprive the film industry of possibly the greatest actor of this generation.

He's the only person to ever win three Best Actor Oscars beginning with his astonishing portrayal of Christy Brown in Jim Sheridan's My Left Foot in 1989. He won again twice more, for his role as the ruthless oil prospector in Paul Thomas Anderson's There Will Be Blood and for his eponymous role in Lincoln. 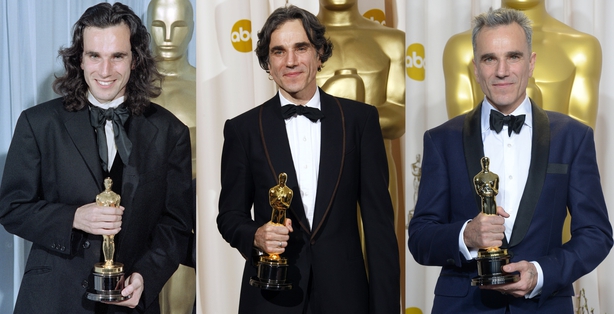 Since making his screen debut as a teenager in Sunday Bloody Sunday in 1971, through to modern classics such as My Beautiful Laundrette and Scorcese's Gangs of New York, he has been an actor without peer largely due to the intense preparations he puts into each role.

He's probably the most famous 'method actor' of modern times and is famed for the extreme lengths he goes to prepare for each part, whether its confining himself to a wheelchair during production, learning to build a canoe or even allowing himself to succumb to pneumonia for the sake of his art.

Here's a look back at some of his maddest method moments as an actor.