Prepare to have your heart broken again. The first trailer for I Am Heath Ledger, a documentary about the late Oscar-winning actor, has been released and - as expected - it packs an emotional punch.

The film includes never before seen footage of Ledger, along with tributes from his friends, family and colleagues including director Ang Lee, who said that "even as a supporting actor - he will always steal the show".

"That's the power of Heath Ledger", he added. 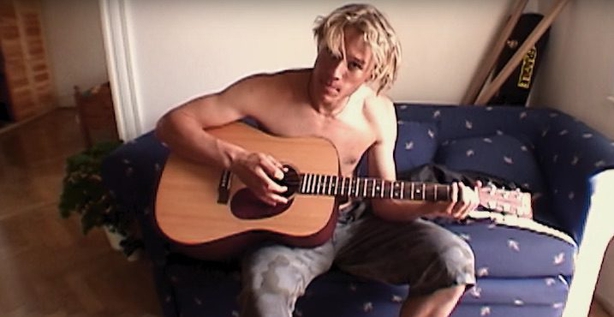 Much of the footage was shot by Ledger himself, and the trailer shows several shots of him with a handheld camcorder in his hand.

"There were always cameras around, a video camera, a Polaroid camera or the film camera," model Christina Cauchi says in the trailer. "That's the only way I think of him."

Musician Ben Harper, who also appears in the film, says: "Heath was the most alive human, and if it wasn't on the edge, it didn't interest him."

His decision to take on the role in Brokeback Mountain, the movie that marked him out as one of the best actors of his generation, is also praised in the teaser.

Fellow Aussie actor Ben Mendelsohn said it was a brave but ultimately rewarding decision for Ledger to take.

"Before Brokeback Mountain came out it would have been unthinkable to have a romantic tragedy involving two gay cowboys. This is one of the biggest heartthrobs on Earth taking on that character. That's an artist".

There's also references to the battles which haunted the actor in his latter years including his desire to be famous and his subsequent disquiet at the trappings of fame.

Incredibly, it's almost ten years since The Dark Knight Rises star passed away. He died on 22 January 2008 from an accidental intoxication from prescription drugs.

The documentary will have its premiere at the Tribeca Film Festival later this month ahead of a limited US release. There are no details yet about whether it will be released in Ireland.