British actor Simon Pegg has been playing the beloved character of Benji Dunn in three instalments of the Mission: Impossible franchise spanning almost a decade.

With Mission: Impossible - Rogue Nation hitting cinemas this week, Pegg chatted to TEN and other press about being part of the hit franchise, working with Tom Cruise and Rebecca Ferguson and doing his own stunts.

This is your third time in this franchise, how has your character evolved?

I've just realised this morning I've been playing Benji for nearly ten years and it's a really nice opportunity to play a character like that because he has grown enormously. In the third Mission Impossible, my first one, he was a sort of schlubby office guy, a kind of IT engineer and he was a bit in love with Ethan because he was the big star of the IMF. Then in the fourth one (Ghost Protocol, 2011) he gets to be an agent and is very much like a new kid, and he's very enthusiastic, not the slightest bit jaded, this is all very exciting for him. And then in this one, he's been out there a few years and he's grown up quite a lot and he's a bit more of an old hand. It was really fun to play that because he still thinks Ethan is the bees knees, still like 'He's my hero' kind of thing, but he's not afraid to stand up to him a bit now and he's a bit more experienced. Same guy, same outlook on life, he's still kind of fun and a bit dry but he has grown. It's been really good fun to play that evolution.

Do you do your own stunts?

The funny thing is is that Tom did all the driving, and Tom is an amazing stunt driver and Wade Eastwood our stunt coordinator said there's no point having a stunt driver do this because Tom can do it as good as any stunt driver. So there was no point having Tom driving and some double doing me so I just sat in there. We had an extraordinary five days shooting that sequence going around Casablanca at break-neck speed. It was very important to Chris to shoot into the car rather than shoot at the car so you could see our reactions and the whole thing was done, with the exception of when the car flips, other than that we did the whole thing in Casablanca. I didn't do anywhere near as much as TC does, obviously he's the boss, but everything I could do I did. 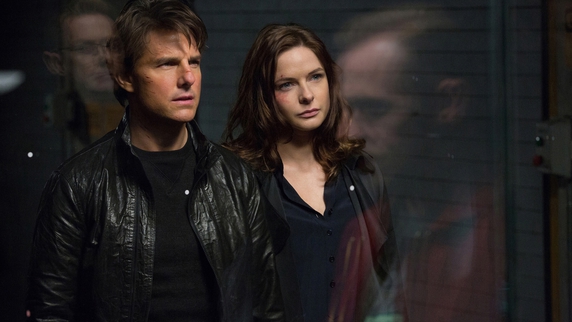 Did having Tom on the side of a plane put pressure on you to do your own stunts?

It's nice because I get to sit back and watch him do that. I sometimes get a bit jealous. I went up on the plane when he was on it, we were in Airfield it was an A400 and the guy said 'Hey do you want to come along for a ride?' so I sat up in the cockpit and did a circuit and then I sat in the back when the door opens which was fun because when you're in an aeroplane and a door opens it's quite weird, but all the time he's on the outside just doing this crazy stunt and I'm just thinking 'I'm really glad that's not me!'

He sets himself these goals and they're all about making sure the audience knows it's him, that it's not some stuntman, it's not CG. It adds to our enjoyment as an audience when you're sat there thinking , not just 'Wow Ethan Hunt's in trouble' but 'How does Tom Cruise do that?!' There is a degree of enjoyment you get from that which is as important as the film narrative itself. Sometimes I think 'I wish I was doing that' sometimes I think 'Rather you than me'. 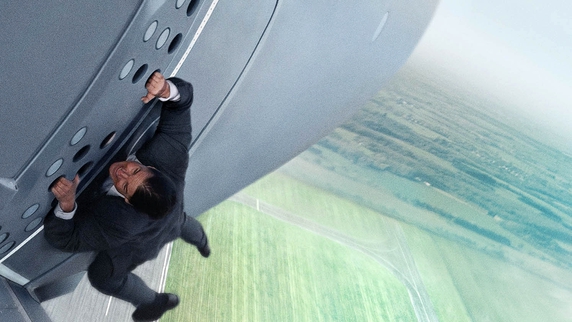 Is Tom Cruise ever just at ease, does he ever tell jokes?

The funny thing about Tom, which I admire in a way, the closer you get to Tom Cruise the more normal he is. His public image is so complex and intricate and mysterious and there are assumptions and myths about him – you get to the middle of that craziness and there's just the kind of guy there, a guy from Kentucky who’s just really driven.  And he's really funny, and he's really fun and we always have a great fun time on set together because we laugh a lot. When you hang out with him as a person, and I don't want to prick the bubble because I think it suits him that he has this mystique. But he's a human being, and he's quite an ordinary human being, an extraordinary person but that's all. He has extraordinary drive I guess, and commitment, and it's an amazing thing to behold because he gives himself entirely to it, but I've seen him just be a regular dude, and it's quite disconcerting. It's quite a weird thing just to see the man behind it all, he's just a guy.

What kind of relationship do you have?

It's very easy, I think he likes it when he has friends around because it means he can relax and we've known each other a long time and so we always approach work with a sense of fun. We were in the car together for five days and we had such a laugh, we spent a lot of time giggling and being silly and playing tricks on each other. He is a naughty man sometimes because he will make you crack and then deny that he's done that. So yeah we have a really fun relationship.

Do you think the Mission Impossible franchise is dead without Tom Cruise?

Absolutely, I think it's definitely become synonymous with Tom. Going back to the TV show, Martin Landau and Leonard Nimoy were in the original TV show and it was very much about that for a long time and then when the movies started to happen we started to get used to the idea that there was a new generation of agents, but now I think to most people it is all about Tom. Tom is very much the face of Mission Impossible now and probably will continue to be if we make more movies. I would like to think the Benji spin-off would happen at some point, haven't heard yet. Tom Cruise is Ethan Hunt. 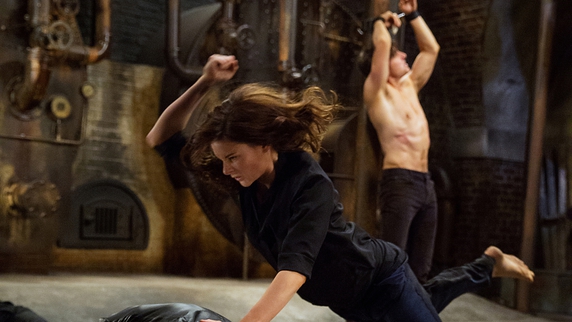 Do you worry about being pigeonholed as a hapless geeky but intelligent character?

I'm happy to play this role in this movie and I guess Scotty (Pegg's character in Star Trek) to a degree is a similar character in the way that he's a technical wizard and provides a certain amount of light relief. These big movies, that's what they're about – those broad characters with big understandable roles that they play. I hope I can continue to do smaller films and play a more diverse range of characters and hopefully people will give me the chance to do that. You can't get offered an opportunity to do a film like this, JJ Abrams called me about Mission Impossible III and think 'I better not do that because it might lead me to getting pigeonholed' because it also might lead to you putting food on the table and paying for your house. But I don't really worry about that because I generate my own work anyway in terms of what I do with Edgar Wright and hopefully if I ever feel like I'm playing the same character too much I can write something for myself.

Have you ever been on your own mission impossible?

Trying to get my daughter to school on time (laughs). This film actually at times felt like a mission impossible because it was so ambitious and we'd look at the schedule and think 'We still have this to do, we still have that to do'. But somehow you just keep plugging away and you get it done. But yeah everybody faces their own mission impossible sometimes, you just either quit or you win.

She's awesome, I love her. She has that great Scandinavian pragmatism, her head is very on her shoulders and her feet are very on the ground, she wasn't overwhelmed by it all. We had to train very hard for this, our training was intense, particularly for Rebecca who came in and was whisked off to be fight ready and super fit. She just seemed to take it all in her stride. Me and her, as the slightly dry Europeans on the set, we formed a real bond and always really relished getting to hang around with each other. When me Rebecca and Tom were all in Morocco we'd all train together and that was fun, sort of trying to out-do each other – out-row and weight lift and chin-up each other – which of course you can't beat Tom Cruise. Well you can but you can't tell him that you've beaten him. 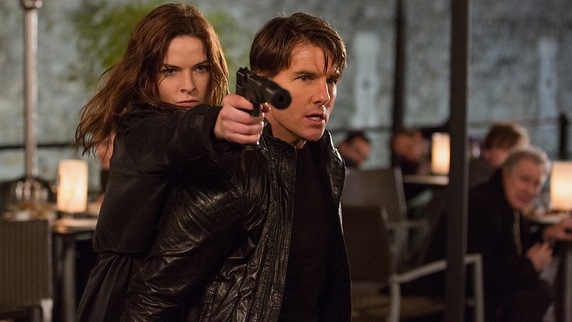 Mission: Impossible - Rogue Nation is out in cinemas on July 30, check out the trailer below.