In years to come many guys will look back at their teenage misfitdom, shudder, smile and think that the films of Michael Cera helped get them through it. As Evan in 'Superbad', Paulie in 'Juno' and Nick in 'Nick and Norah's Infinite Playlist', Cera has been the victim of plenty of excruciating adolescent mix-ups. And here is again working that rich seam, and finding more nuggets of comedy gold.

He plays Nick Twisp, a wannabe intellectual who's stuck in suburban Oakland with his mutton-dressed-as-lamb mother Estelle (Smart) and her trucker boyfriend Jerry (Galifianakis) for company.

When one of Jerry's hustles incurs the wrath of a bunch of sailors, the trio hightail to a country trailer park. There Nick meets the girl of his dreams.

The object of his desire is Sheeni Saunders (Doubleday), the precocious daughter of a deeply religious couple who's determined that Nick should jump through plenty of hoops if he's to share her bed.

The appeal of 'Youth in Revolt' is captured in Nick's opening narration: "I'm a voracious reader of classic prose, an aspiring novelist and feel the world would be a better place if every radio station played Frank Sinatra's 'My One and Only Love' at least once an hour. Needless to say, I'm still a virgin."

Read an interview with Michael Cera.

If you're squirming/laughing at the sound of that then you'll be doing plenty more by the end of Nick's misadventures, which include $5m worth of damage, an escape from a French finishing school and arguably the worst attempt at faking your own death in movie history.

There is much to savour here: another class performance from Cera, some brilliant one-liners and a great supporting cast. But sadly, for a film about losing one's virginity, 'Youth in Revolt' doesn't go all the way. Brilliant characters are introduced but don't get enough to do and the film's ending is rushed. Ultimately it feels that director Arteta and co were shorter on money than ideas.

Like a lot of formative teenager experiences, you'll wish this could've lasted a bit longer. 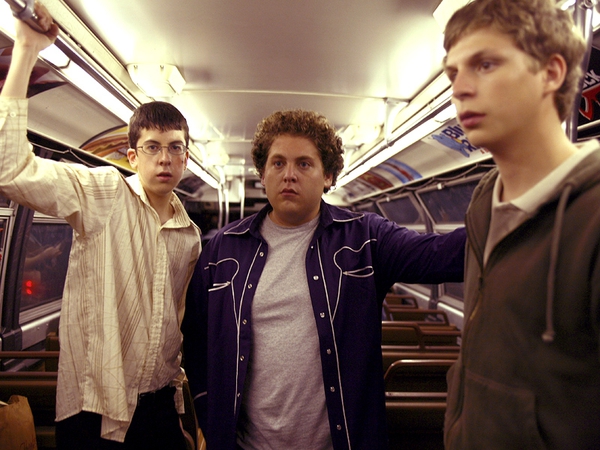