Some of the poems in Paddy Kehoe’s second book of poems came back in a well-travelled rucksack from Spain in 1980. After mis-spent years away from verse, he has been writing steadily once again since the year 2000.

And so to the second book of poems, The Cask of Moonlight, just published by Dedalus Press. The 105-page work is is a chip off the same Barcelona block that yielded the material for my first book, Its Words You Want, which was published by Salmon Poetry in the summer of 2011.

However, both books are not just about Barcelona, even if elements of its nocturnal city-scape light up the cover art. There are poems in the two volumes about my late parents, about Wexford, about childhood summer holidays in County Limerick, kicking football, building dams, messing on the river.

Some of the original drafts of the poems included in both collections came back with me in the grimy rucksack from  Barcelona in 1980. I had taught English there during the previous two years and those hand-written poems eventually made it on to type-written sheets on my return here.

A few examples were published  in the poetry magazine, The Gorey Detail, by James Liddy, who was born in Dublin in 1934 and died in the USA in 2008.  A poet, writer and professor, the iconoclastic, mischievous Liddy encouraged many aspirant poets in the County Wexford area.

A doctor's son and a gregarious, unusually generous sort, James insisted on buying us pints, customarily in French’s pub in Gorey, or in the Castle Lounge in Dublin, otherwise known as Grogan’s. That in itself was great encouragement for poetry-writing.

He had been a friend of Patrick Kavanagh, and he enthusiastically welcomed poems for publication, firstly in broadsheets, which were published in Gorey in the early to mid-seventies.

He was an intuitive devotee of Baudelaire, Rimbaud and people like Jack Kerouac and Frank O'Hara and he had hung out in the Haight Ashbury area of San Francisco during the height of the Beat years.  He thus provided in his very being the antidote to that idea of poetry as an unattainable art - closed to impoverished amateurs  - which one sometimes encountered in this country during the early to mid-1970s.

Then, three or four of my poems were published in The Irish Press around 1983/1984 by the late David Marcus, which was a great boost. Yet  I can see in retrospect that the boost was not really required and I wrote very few poems in truth. I played music instead for about fifteen years.

The poetry fell away until the day after my mother passed on in August 2000. Autumn was creeping in, the leaves were turning, an all-pervasive sense of loss prompted the first of the poems for that first book, Its Words You Want. The poem was called Morning in May, and it recalled a memorable car journey with my mother, a day in early summer resplendent in the sun. I kept writing, and inspiration seemed to flow, without much technical difficulties or dry spells.

I sent poems to Brendan Kennelly and he wrote me back a lovely letter. Andrew Motion, the then Poet Laureate of the United Kingdom was another heartening presence. My good friend Eamonn Wall, an Enniscorthy-born poet who has lived in the USA for over three decades, was always encouraging.

Then came the business of sending poems to poetry magazines, some of which took my poems, some of which did not. Yes, there was the usual angst of wondering were things ever going to happen, as one awaited the long-awaited publication of that first book. That is the usual, nothing moves fast. Happily, the endlessly assiduous and enthusiastic Pat Boran of Dedalus Press was delighted to publish my second book.

I was ten. Then you saw your marked man,
You could have closed one eye like an archer
To fix Jack Moroney in your sights

Where he worked the brow of a hill.
You parked the car, and I knew before
He knew what you were about to say:

Two men standing at some distance
From each other. I watched Jack
Lean on his pitchfork, suddenly blown

Into a dark corner, though unmoved
The cattle speechless; and I still know
More than Jack would ever know.

The Cask of Moonlight  is published in paperback by Dedalus Press. 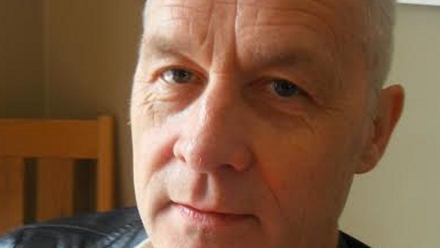