For many, it would have been their first introduction to Kerry Condon - and it was quite a moment.

Back in 2003, the then 20-year-old Thurles-born actress played a waitress in Intermission, a short sharp shock of a flick about a bunch of smalltown delinquents.

There she was in a café, going all gooey-eyed over Colin Farrell, playing the frankly deranged Lehiff, a tearaway with a fondness for brown sauce in his tea and no respect for nobody - including doe-eyed café waitresses.

As Condon becomes increasingly enamoured with Lehiff as he lays out his philosophy of life, his mood suddenly changes and he punches her full in the face, leaving her bloodied and shaking on the café floor.

It was quite an introduction to rising Tipp star Condon and two decades later, she and Farrell have become first-time Oscar nominees for their star turns in Martin McDonagh’s surreal if not grotesque black comedy The Banshees of Inisherin - and their roles in the acclaimed movie could not be more different from their first screen pairing way back in 2003.

In Banshees, Kerry plays Siobhan, the exasperated sister of Farrell’s nice but dim Pádraic, a man who is left utterly bereft when his best pal Colm, a lofty but depressed Brendan Gleeson, tells him one random day that he no longer wants to be friends.

For Pádraic, it is only the beginning of his misery in a movie that spirals, through a glass of stout darkly, into violence and despair. Throughout, Condon remains the moral anchor on the fictional outcrop of Inisherin, an island full of weeping windows and strange characters.

Of course, after Intermission, Farrell went on to become "the Farreller", the handsome young buck from Castleknock with the gold-plated Abrakebabra card and Hollywood at his feet.

But long before Oscar came calling, Condon had also built up a hugely impressive CV.

After appearing in two episodes of shamrock-tinted rural soap Ballykissangel as Mairead Reilly (opposite future big screen co-star Farrell), she was in Rat with Pete Postlethwaite in 2000, and 2001’s How Harry Became a Tree with Colm Meaney.

She was the youngest actress to play Ophelia in a Royal Shakespeare Company production of Hamlet from 2001 to 2002, first collaborated with McDonagh in his plays The Lieutenant of Inishmore (2001) and The Cripple of Inishmaan (2009) and reunited with him again in the characteristically challenging Three Billboards Outside Ebbing, Missouri in 2017. 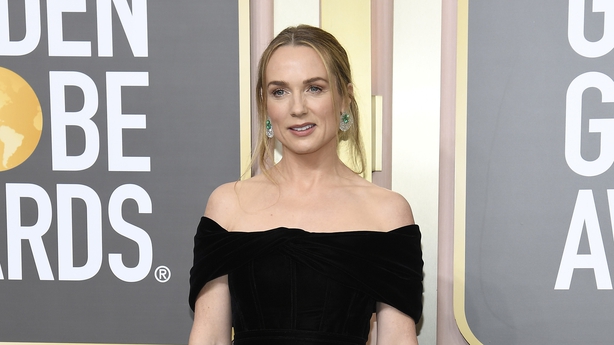 Her supporting role as Mike’s struggling daughter-in-law Stacey Ehrmantraut in the masterful dramas Breaking Bad and Better Call Saul further sealed her reputation and voicing the artificial intelligence entity F.R.I.D.A.Y. in various films in the Marvel Cinematic Universe certainly introduced her to a whole new audience.

Condon has already been nominated for a BAFTA for The Banshees of Inisherin and Farrell was fulsome in his praise for her when he collected his Golden Globe for Best Actor a few weeks ago.

Will she take the Oscar? Well, with a record number of nominations, this year’s Oscars is the best ever for Irish actors and Irish filmmakers but Condon and her fellow nominees, McDonagh, Barry Keoghan, Farrell and Gleeson, have their work cut out.

The Tipperary woman is up against Angela Bassett, Hong Chau, Jamie Lee Curtis, and Stephanie Hsu for Best Supporting Actress and whether a tale of darkness on the edge of Ireland in 1923 wins out the notorious fickle Academy is hard to second guess.

Let’s hope the only thing being punched in the Dolby Theatre in Los Angeles on 12 March is the air.