Patrick O'Laoghaire aka I Have A Tribe has returned with his new single, Teddy’s Song - his first new music to be released since his acclaimed debut album in 2016. We asked him the BIG questions . . .

Straight in with the hard question! I texted my friend for an answer. We play music together. He's very kind. He said: Hi I'm Patrick. I love sending people letters, drawings, and long voice notes to keep in touch in a meaningful way and let them know that I love them. I built a dry-stone wall using stones collected from places my ancestors came from. It took a long time and I hope it stays a long time. Sometimes the dog jumps on it and knocks parts of it over. But that's ok because I love the dog. I write songs and sing them and hope they offer something to somebody somewhere. Sometimes I sing very quietly, sometimes I sing loudly but all times I sing honestly. 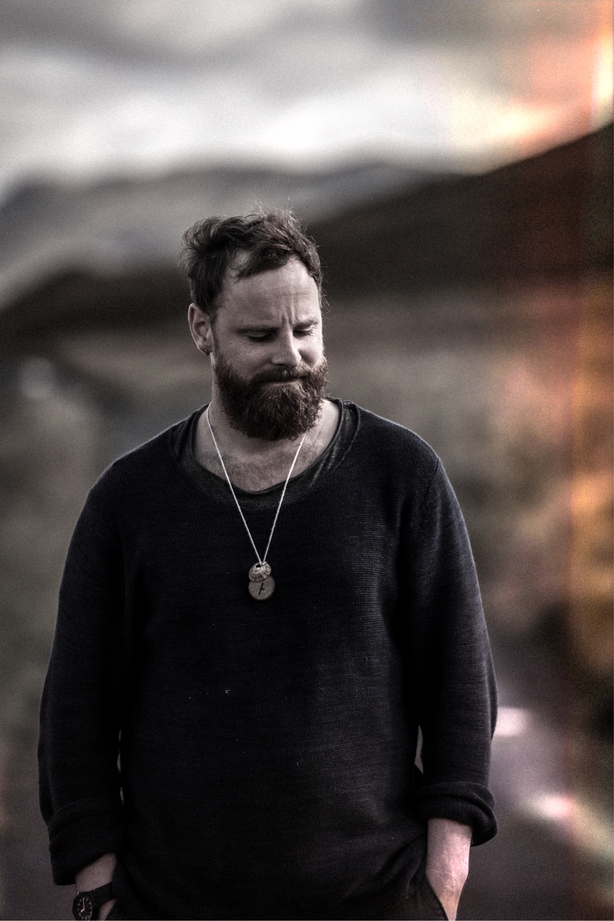 I texted my friend again. He was very kind again. He sent me a note about a gig we played once in Dingle. It said: "...and you sang your soulful words out for those in the room and those elsewhere too, and such was the sweetness in it that a few of us had lovely tears. And such was the joy of little Uisne when he discovered himself to be a band-man too." Uisne was about 3 years old then, our friend's little boy, we gave him a drumstick and he came up onstage and held the crowd in the palm of his hand like a little master. I think that little story might be a way to describe the music. I love to play music to welcome everybody into a tribe. I love a good groove, too.

More and more of them all the time. Anything that feels like it has a bit of freedom in it. I went to see Cormac Begley down in Cork once and I stood at the back and whatever he did with his music he made me physically stand a different way. Before he started, I was leaning on a wall. By the end I felt like I'd grown half a foot taller, and my shoulders were wide and if he'd walked out the door after the gig, I would have followed him all the way back to Mount Brandon I'd say. Musicians that can move you that way inspires me. Things I've heard people say inspire me. I asked a woman for directions the other day and she told me "just keep walking until you're in the clear." There's a song in that one, maybe. I called to my neighbour once with a bottle of wine to say thanks for helping us move the furniture. "What's this for?" he said to me. I told him it was a gesture of thanks for the help. And he said, "isn't that what life is for- helping each other." Things like that find their way into songs, maybe not literally, but the feeling behind it. Conor from Villagers inspires me. I went to see him singing a long time ago and his way with music inspired me to follow my way with music. He invited me to sing a song with him recently. About twenty seconds before the soundcheck it dawned on me how much of an inspiration he is for me, and I completely forgot every single word I was supposed to sing.

My mother brought me to see Cher when I was a little one. Then she brought me to see Leonard Cohen. Dad swears I sat on his shoulders for a Kylie Minogue concert. Also, I remember sitting on the stairs in Joe Mac's pub in Louisburgh drinking pints of blackcurrant and watching the island musicians play tunes for four days straight.

I don't think I remember that. But I do remember stealing an Elliot Smith CD from my brother’s room. And he had a Kris Kross cassette tape. I just googled Kris Kross and apparently, he started a trend of wearing jeans back to front. Must give it a go.

Lately, right before a gig, I've been singing Ronan O Snodaigh's Bí Ann to myself. I find the words of it really grounding, and lifting at the same time, which is a nice space to be in for playing. "The deeper the root the higher the branch". There's a line that reminds you to be yourself, in whatever company you happen to be in. It's nicer in Irish.

Oh, Janey, I couldn't tell you. There’s too many and there's more coming all the time. I just listened to Lisa O'Neill singing "You hold a note, the note just moves the movement. Let go the note and so, move everything." I'll be wondering about that one for a while.

This is a hard quiz! Maybe I'd take a song with me that's always moving. Pony by Tom Waits.