Pet Shop Boys are set to bring their Dreamworld: The Greatest Hits Live tour to Dublin's 3Arena in June.

The highly-anticipated 2023 tour dates kick off with a show in Rome on 13 June, before taking in cities across the continent including Dublin, Paris, Helsinki and Copenhagen, closing in Gothenburg on 9 July, 2023.

As well as the success of the tour, Pet Shop Boys performed a rapturously received headline set this summer on The Other Stage at the Glastonbury, closing this year’s 50th Anniversary of the event, co-headlined the Unity Tour of North America with New Order and will headline Edinburgh’s Hogmanay celebrations with a special Dreamworld show on New Year's Eve 2022.

In other gig news, German electro pioneers Kraftwerk will play Trinity College Dublin on 29 June 2023 as part of Trinity's Summer Series with tickets from €49.90 including booking fees for the Dublin show on sale this Friday 2 December at 9.00am. 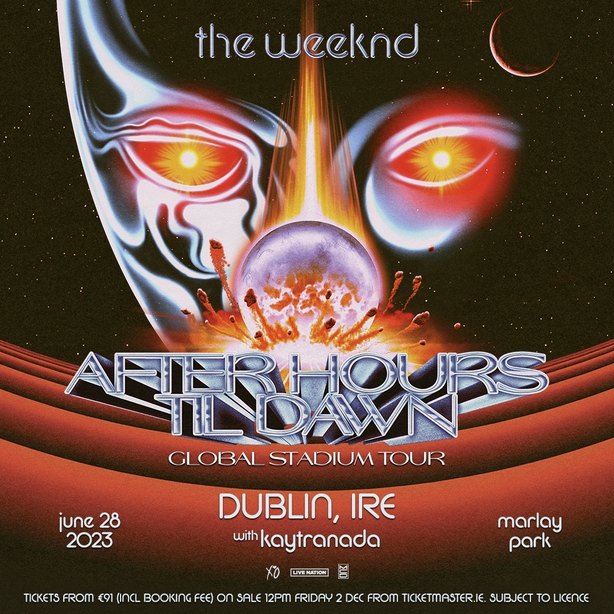 The Weeknd will also play Marlay Park in Dublin on 28 June with tickets on sale this Friday at 12.00pm.