When Caitríona joined Ryan Tubridy as a toy tester, there was some Hogwarts magic in store.

"Your favourite character is Hermione from Harry Potter," said the host. "She's played by an actress called Emma Watson, who heard about you and thinks you're amazing. And she sent us a message - for you."

With that, Emma Watson appeared on screen.

"I wanted to send you a message to thank you for all that you do to spread awareness around autism and for speaking about it so eloquently and in a way that empowers and educates other young people. 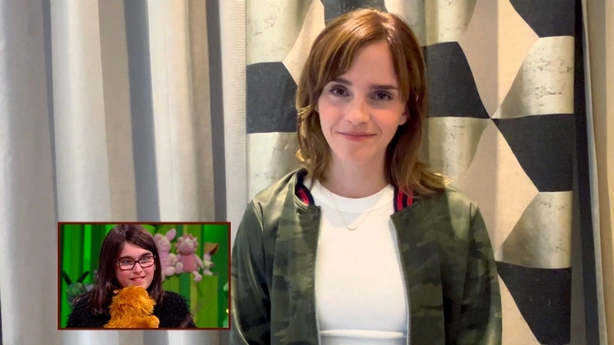 "Thank you for picking me as your favourite Harry Potter character! You just seem like such a special and amazing young woman."

Caitríona took it all in her stride.

"I just want to send a message for kids out there. If you are neurodivergent or just feel different and just, like, don't feel good, I just want to say you are so, so special, and you are amazing and you can just try your best and you can do it."

It was one of many special moments on the night.

You can relive all the magic moments from this year's Late Late Toy Show on RTÉ Player.