The public vote to decide which contestants will stay in the I'm a Celebrity… Get Me out of Here! jungle has opened for the first time in the series.

It's nearly time for the first Celebrity to leave the jungle 😱

Head to the #ImACeleb App to vote for your favourite Celeb and we'll bid farewell to a Campmate in tomorrow night's show! 😭 pic.twitter.com/KajD04FcgY

He said: "One of them will be heading for home. So for the first time this series you're voting to keep your favourites in the camp. The person with the fewest votes will leave tomorrow and that vote is now open."

The news came after the public voted for Culture Club star Boy George and Loose Women presenter Charlene White to take part in the next Bushtucker trial, titled Watery Grave.

The trial will see the pair trapped in two tombs attempting to unlock stars as water pours in to earn meals for the camp.

Earlier in the episode, former England footballer Jill Scott needed the help of a medic to remove a cockroach stuck in her ear after volunteering to take part in the latest Bushtucker trial.

Cockroach tickling your ear drum, no thank you very much!!! @jillscottJS8 playing an absolute blinder there. 🪳👂 #ImACeleb pic.twitter.com/6Om4nHie6x

The 35-year-old, who was part of the Women's Euro 2022 winning team, told hosts Ant McPartlin and Donnelly: "I've got a cockroach stuck in my ear" after completing the Unlucky Dip challenge.

As the medic rushed to get it out, Scott said: "'Come to the jungle,' they said, 'it would be fun'."

The incident came 11 years after Olympic gold medallist Fatima Whitbread famously found a cockroach stuck up her nose after enduring a time-trial wearing a plastic helmet full of critters on the ITV reality show.

McPartlin, 46, joked: "Jill, that was bigger than the one Fatima Whitbread had up her nose!"

The footballer, who retired in the summer after the Euros, had put herself forward alongside actor Owen Warner and former rugby star Mike Tindall to complete a series of fairground-inspired challenges.

✋ Icons only! ✋ Even you, Owen. You're the meaty filling of our favourite sandwich! 🥪 #ImACeleb pic.twitter.com/TMhql7e6LF

The trio were strapped into spinning devices as they attempted to work together, with Scott starting by releasing colourful balls from a tombola-shaped cage full of insects.

Meanwhile, on the Critter Carousel, Tindall collected the balls and threw them at Warner, who was being repeatedly turned upside down over a trough of water.

As his head was submerged again and again on the Fiendish Ferris Wheel, he shouted: "There's no need for this."

Find out how the Campmates get on at 9pm on ITV1 and STV! #ImACeleb pic.twitter.com/GKL2eLT4Mh

McPartlin and Donnelly urged him to hurry up, laughing and responding: "Owen, get looking for balls."

Grabbing balls from the water, Warner threw them into a box, contributing towards the final score as sinister fairground music played and the other campmates looked on from a makeshift stand.

Each colour corresponded to a different campmate and at the end of the challenge, all the balls were thrown into a tombola for a chance to win a surf 'n' turf barbecue and beach day.

Warner had the most number of balls in the mix with 10, while Coronation Street star Sue Cleaver had only two balls – having picked Warner to have an extra ball over herself the previous day.

However, it was Cleaver, alongside Scott and former British health secretary Matt Hancock who were drawn at random to receive the luxury prize.

The trio headed off in a helicopter for their beach BBQ day, where Hancock volunteered to cook a selection of shrimps, sausages and steak.

Scott said: "Even just to see butter! Oh my God, real food! You kind of feel guilty with every bite."

Meanwhile, Warner faced the "unlucky side of the draw", being picked in the tombola to face another trial to earn stars for camp, alongside comedian Babatunde Aleshe and TV presenter Scarlette Douglas.

Arriving to find a seaside-themed set of boxes, each celebrity had to put their head inside a box and keep their hands free to pass stars until it landed in a lobster basket.

Warner faced a box full of snakes, Douglas had rats while Aleshe – who screamed throughout the challenge with his mouth shut – faced frogs.

The trio returned to camp having secured a full set of stars for their fellow campmates.

I'm a Celebrity…Get Me out of Here! continues on Virgin Media One at 9pm. 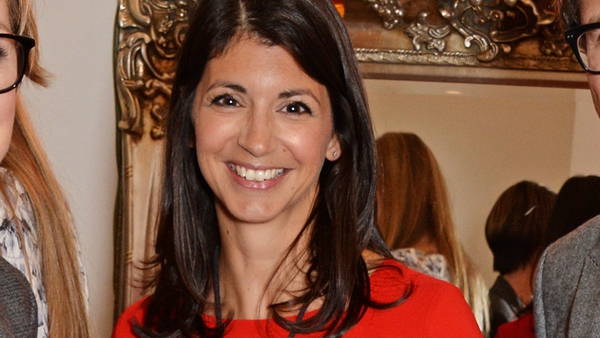 There are reports that Matt Hancock's partner is in Australia as he participates in I'm a Celebrity... Get Me Out of Here!