Dublin musician, composer and filmmaker Myles O'Reilly has released his new ambient album, An Ode To Soft Landings, and lead single, Her First Crios. We asked him the BIG questions . . .

Following on from Cabin Lights Off (2020) and My Mother's Star (2021), An Ode To Soft Landings (2022) is a third instalment in Myles O'Reilly's [Indistinct Chatter] minimal ambient series of long players.

Speaking about the lead single, Myles says, "A crios, pronounced `kriss' is a type of handwoven waist belt that was commonly worn in Ireland for many thousands of years.

"Sadly, during British occupation they were banned, and the tradition died out. Each Irish family would have had their own unique pattern. Knowledge of how to weave the family crios would have been handed down from generation to generation.

"Christmas 2021 for my wife Aideen and I was bit rough. We both had Covid. Thankfully my present to Aideen was a small weaving loom. 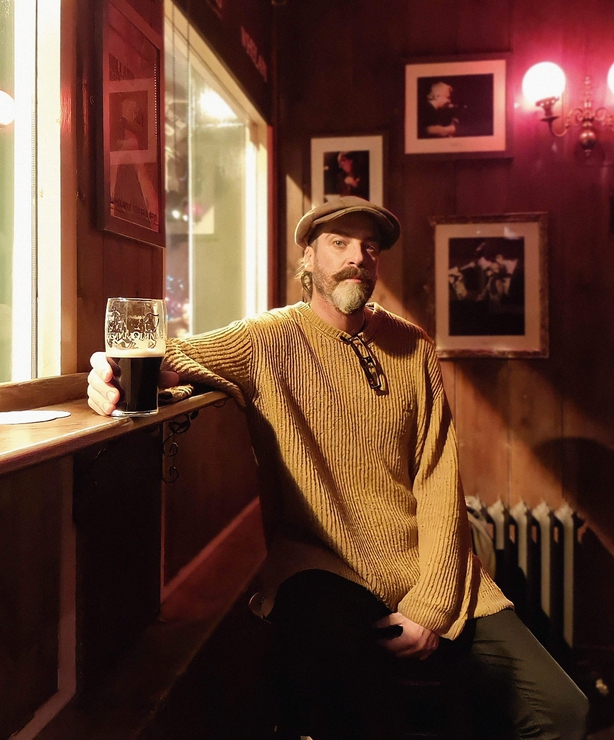 "She had only recently joined The Liberties Weavers, a local organisation dedicated to reviving some of inner-city Dublin's old weaving traditions.

"Where we live in Dublin 8 was for hundreds of years was the weaving mecca of the country. It's here that Aideen learned of the crios and how to make one,"

Myles will premiere his new film, A City Under Quiet Lights, at Cork International Film Festival at 1.30pm on Saturday 19 November and at 2pm on Sunday 27 November, he presents Myles O’Reilly’s Ambient Pharmacy, at Quiet Lights festival, Cork. Admission free

I like spicy food, two cats let me live with them, one of the keys on my Moog keyboard needs to be fixed by next Tuesday.

I heard recently that the first song we hear is our mother's heartbeat, it's nice to think that's our first gig too.

I was one of the 70 million people who bought Michael Jackson's Thriller.

There’s an album out at the moment in aid of the Simon Community, it's called Busk, and I like listening to that. Laura Quirke's song is a beaut.

"And I need you more than want you, And I want you for all time" - Wichita Lineman.

Where can people we find more of your music and information?