Brush formed Skid Row in 1967 in Dublin and shortly after Phil Lynott joined as vocalist, and a little bit later 15-year-old Gary Moore was recruited as guitarist, joining Brush on bass and Noel Bridgeman on drums.

Phil left in 1969 and went on to find immortality in Thin Lizzy while Skid Row continued as a heavy blues progressive power trio and released two albums Skid (1970) and 34 Hours (1971).

They also embarked on two US tours, sharing bills with the Allman Brothers Band, Jethro Tull, Frank Zappa and The Mothers of Invention, and the Stooges among others. 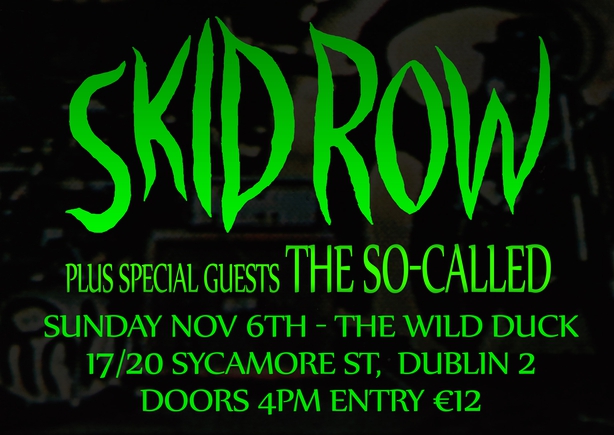 in late 1971, Moore left the group to form The Gary Moore Band and was replaced by Paul Chapman, later of UFO, for a short spell, but soon after Skid Row had to temporarily disband.

Brush has kept the band and the name alive throughout the 70s and 80s up to the present day.

The Airchords in St Peter's Hall.

Anywhere in the four corners of the Earth.