Bono has revealed more details about his upcoming book tour, set to take place following the launch of his memoir, Surrender, on 1 November.

The U2 singer has been rehearsing for the tour at the Ambassador venue in Dublin city centre.

Speaking to RTÉ News, he said that although the other members of U2 will not be involved, the stage show will involve "interesting Irish musicians".

He said the show, which comes to Dublin's 3Olympia Theatre on 21 November, will be based on readings from his book, but that he also wants people to experience some of the music that goes with the words.

He said: "We've ended up with Stories of Surrender. We don't quite know what it is yet - but I do have to be careful around the greasepaint so that I don't come off all 'luvvie' - my mates won't like that."

The singer also admitted that in recent years he has become used to being "backstage" and that it is harder than people imagine for him to go on stage, even with U2.

He said that when the band is performing "every night has to be like New Year's Eve".

However, he also said that being in U2 had given him a "great life" and that even though he had to spend long periods on tour, when he was home he was "really home" and was able to take part in school runs and other aspects of family life.

Paying tribute to the band's audience, he said: "It's never patronising when I say at the end of every show, 'Thank you for giving us a great life' - everyone knows I mean it."

Bono said Dublin itself is a character in his book, pointing out that the rehearsal venue for the tour, the Ambassador, is next door to the Rotunda where he was born.

He said U2 the band could not have existed anywhere else and would not have happened without the co-educational Mount Temple School that brought all four band members together.

He paid tribute to people like Jack Heaslip, his guidance teacher, who he would speak to after his mother Iris died "when my head was exploding".

Two of Bono's four children, actress Eve Hewson and her brother Eli, lead singer with Inhaler, are now in the entertainment business themselves, and Bono spoke warmly of the life they were able to have growing up in Dublin.

He said they all grew up with great respect for the country and that he himself was "punching the air" with pride when he heard the recent decision by the Government to raise spending on foreign aid by 17%.

Surrender begins dramatically with the open-heart surgery Bono underwent in 2016. 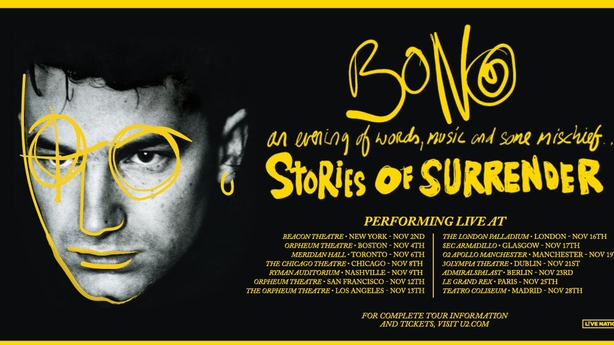 The intensely personal book deals with the loss of his mother when he was just fourteen, his relationship with his late father Bob and the discovery later in life that his cousin was in fact his half-brother.

Bono said he wrote the book for himself, but also for his family and friends, to explain what he had been doing with his life and with their lives.

"They gave me permission to do so much of this, being an artist and an activist, away from home," he told RTÉ News.

He said he did run the manuscript past other family members, but that the person he was most nervous of reading it was his wife, Ali, who he described as "extraordinary".

The book is constructed around forty U2 songs, and the singer joked he was going to call it "40 tall tales from a short rock star" - "but I hadn't the guts". 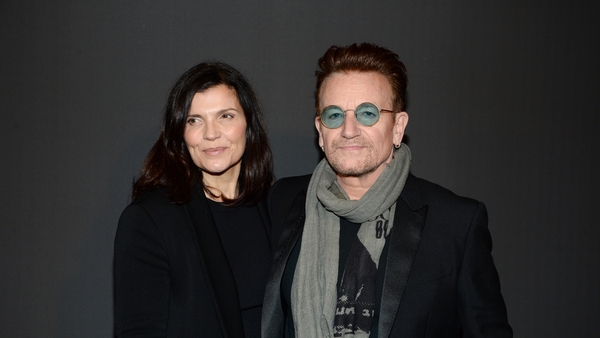