Former members of Girls Aloud are to host a fundraising gala for cancer research next month in honour of their late bandmate Sarah Harding.

The Primrose Ball will be held at The Londoner hotel in central London on 8 October, with performances from the likes of Olly Alexander and a live auction which includes an original canvas depicting Sarah by artistic duo the Connor Brothers.

The charity gala will raise funds for the Christie NHS Foundation Trust and Cancer Research UK, as part of the Sarah Harding Breast Cancer Appeal.

Harding died, aged 39, last September after revealing she had breast cancer which had spread to other parts of her body.

Kaiser Chiefs frontman Ricky Wilson and The Pretenders' Chrissie Hynde are also among the line-up due to perform alongside Years & Years singer Alexander.

The Primrose Ball has been organised at the request of Harding and named after her lyrics from their hit song The Promise where she sings "here I am walking Primrose".

The former Girls Aloud members said in a statement: "We are so grateful to The Londoner for hosting the Primrose Ball at their wonderful hotel.

"Charles Oak, hotel director of The Londoner, and Sarah had a very special bond and holding her gala evening there will make the night even more special.

"Our hope is to raise a huge amount of money that will hopefully prevent other people finding themselves in the same terrifying situation Sarah found herself in." 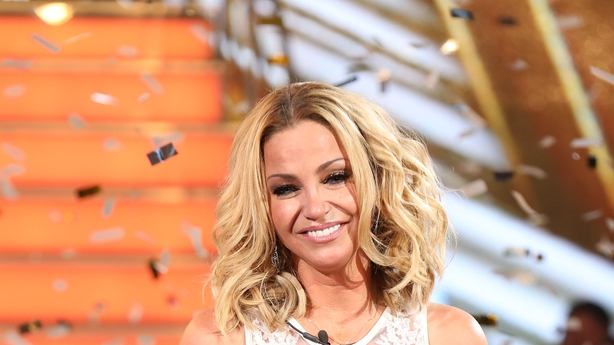 In July, the singers took part in a 5k charity run, titled Race For Life For Sarah, to celebrate Harding's life and raise money for breast cancer.

The Sarah Harding Breast Cancer Appeal aims to fund research to identify new ways to predict which young women, with no family history of breast cancer, are likely to develop the disease, ensuring people can be identified earlier when treatment is more likely to be successful.