Hollyoaks star Jorgie Porter and her fiance Oliver Piotrowski said they are "thrilled" as they announced they are expecting a baby boy.

The 34-year-old actress, known for her role as Theresa McQueen in the Channel 4 soap, is due to give birth in December, a year after from the couple's engagement.

Disclosing the news in Hello! magazine, the couple said having a "healthy baby was a dream come true" as they spoke of their heartbreak after a number of miscarriages.

"Ollie and I didn’t mind either way, of course. All we wanted was a baby," she added.

"He’s certainly very active, and I can feel him doing somersaults and backflips. It’s incredible to think what we’ve created."

Property developer Piotrowski, 33, described their emotion during the routine ultrasound scan after miscarriages over the past year.

He said: "We’d been through so much to reach this point and had learnt to take nothing for granted.

"Just to have a healthy baby was a dream come true."

The couple announced they were expecting the baby in June in a video on Instagram which showed Porter, Piotrowski and their dog each moving their hands to unveil the sonogram photo.

Last August, the couple discovered during their 14-week scan that Porter had lost the quadruplets they had conceived naturally and in February they learnt of their second miscarriage at six weeks into the pregnancy – on the day of their engagement party.

Porter said the news was "devastating", adding: "But I felt we had to go through with the party as we were in a room full of friends and family who love us.

"It was so hard not telling anyone, but we knew we’d have their support when we told them later."

The actress, who has also competed on Dancing On Ice and I’m A Celebrity… Get Me Out Of Here!, added: "We’ve learnt to appreciate every moment and after our experience over the past year, Ollie and I have become stronger than ever.

"Now we can’t wait to share that love with our little one."

Piotrowski said: "She’s so caring and nurturing, and she’ll be a super-fun mum." 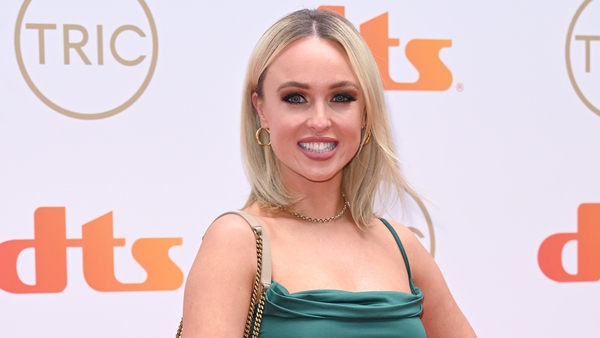