Dáithí Ó Sé is back with the final night of The Rose of Tralee, Rosie Jones returns with Trip Hazard: My Great British Adventure, there's a new run of Fake or Fortune? And the season finale of sci-fi drama FROM . . .

Dáithí Ó Sé continues to host the 62nd staging of the competition, putting more of the 33 Roses of Irish descent to the test in the interview round.

Then at 9.35pm, there’s the final part of the final night of the annual pageant in Tralee, as the contenders from around the world find out which of them will be claiming the title of the 62nd Rose. 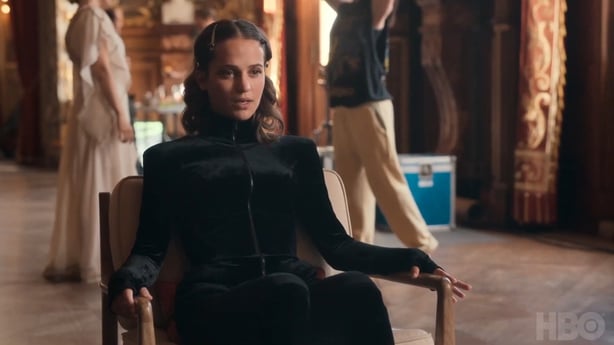 It took a couple of episodes, but I’ve really warmed to this quirky, rambling dramedy about the filming of a TV adaptation of the French silent film serial Les Vampires.

This week, Alicia Vikander’s Mira (above) courts the offers from the production's financer and her agent while becoming immersed in her role.

Later, Rene experiences a vision and a crisis.

Scarlette and Stuart Douglas meet first-time buyer Sana, who has purchased a hideously dated property riddled with damp, cracked windows and an overgrown garden in an up-and-coming area of Bristol.

They help Sana secure a high-end kitchen at a bargain price, design a home office and also give her valuable advice when the builders let her down.

However, as costs soar and sourcing materials gets harder, Sana has to push back her moving-in date and is forced to use her contingency money to get the mammoth project finished. 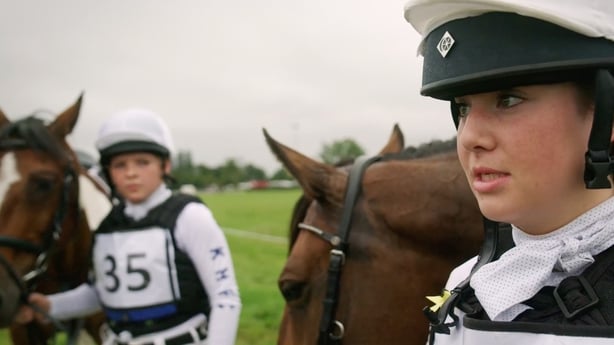 Liam Lynskey's Connemara pony Brackagh Dream competes in the RDS finals, while 16-year-old Ryan Sweetnam has qualified on Quisto, with Abbie and Holly supporting him.

Comedian Rosie Jones returns for more travels around the UK, joined by celebrity friends in search of adventure, excitement and silliness.

She starts out in Moray, northern Scotland, where she and TV presenter AJ Odudu set out to climb Cairn Gorm, one of the highest mountains in Britain.

They also try out a series of local activities, such as clay pigeon shooting, rowing, pottery and whisky tasting. Narrated by Joanna Lumley.

Cameras focus on some of the most filmed lions on Earth, the Marsh Pride. 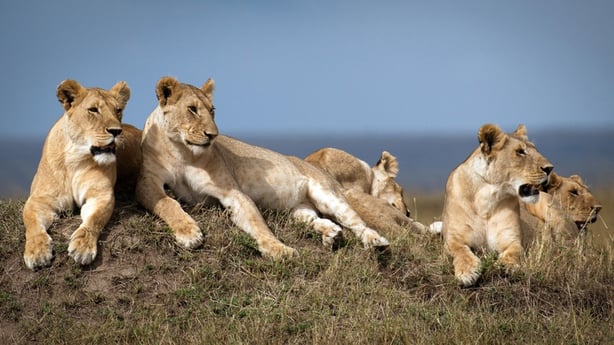 They have been documented for the last 40 years by the BBC and other broadcasters around the world.

The lions' dramatic tale of shifting loyalties, bloody take-overs and sheer resilience is told through archive footage dating back to the 1970s, alongside specially shot interviews with naturalists, guides, vets and conservationists in Kenya and the UK

Fiona Bruce (below) and Philip Mould investigate more potentially valuable works of art, and in a first for the show, they examine a painting with a house attached. 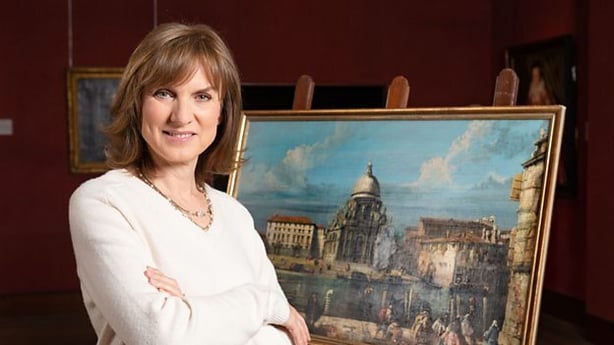 When Ian and Julie moved into their Surrey cottage 20 years ago, they found a curious wall painting in one of the bedrooms.

A neighbour suggested it may be by the 20th-century avant-garde painter Ben Nicholson - and with builder Ian now midway through construction on the cottage, it’s a matter of urgency to get to the bottom of the mystery.

This pilot is a short film about a closeted, mixed heritage twentysomething.

Navid gets the chance to escape his small Welsh town when he lands an internship in Bristol, but as he runs headlong into his new life, he's also running away from the secrets of his old life.

Untold: The Rise and Fall of AND1, Netflix

Born out of the playgrounds of New York City, the AND1 Mixtape Tour took streetball to the masses, challenging convention and picking up a team of basketball misfits along the way.

This documentary traces the journey of how three young friends with a dream of bringing greater acclaim to the game they loved, connected with the underground artform of streetball, and ended up flipping the billion-dollar basketball industry on its head.

AND1 co-founders along with streetball legends The Professor, Hot Sauce, Skip 2 My Lou, The Main Event, Shane the Dribbling Machine and more reflect on their experience and the brand's journey.

As the mystery reaches its season one finale, episode 9 sees Boyd and Sara journey deeper into the forest than Boyd has ever gone, encountering new and terrifying mysteries.

Jim's confidence in the radio tower begins to wane, an unexpected tragedy causes Donna to unravel and Kenny and Kristi share a moment.

Then in the season finale, Boyd draws strength from an unlikely source and Jim's radio tower yields consequences which rock him to his very core.

The hole that Tabitha has been digging leads her somewhere, and to someone, she could never have expected.