Florence Pugh has confirmed her split from boyfriend Zach Braff, saying the couple had kept the news quiet because "it's been a relationship that everybody has an opinion on".

Oxford-born Pugh, who was Oscar nominated for her role in Little Women, had been romantically linked to Braff since 2019.

The 26-year-old previously defended the 21-year age gap between her and Braff, 47, a filmmaker and actor best known for playing JD in TV medical comedy Scrubs. 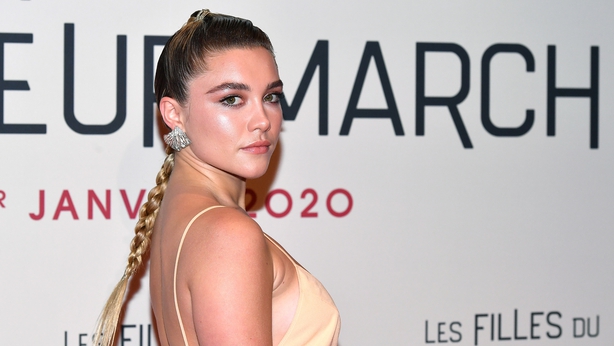 In a new interview with Harper's Bazaar, Pugh spoke about the pair's decision to end their relationship "quietly", saying: "We've been trying to do this separation without the world knowing, because it's been a relationship that everybody has an opinion on.

"We just felt something like this would really do us the benefit of not having millions of people telling us how happy they are that we're not together.

"So we've done that. I automatically get a lumpy throat when I talk about it."

Next month the Marvel and Midsommar star will be seen alongside singer Harry Styles in Don't Worry Darling.

Directed by Olivia Wilde, the film is set in the 1950s in an isolated, utopian community in the California desert, and features an unhappy housewife and her husband who harbours a dark secret.

A first-look trailer released in May drew a reaction following a glimpse of the passionate on-screen relationship of Pugh and Styles' characters.

She acknowledged that Styles's level of fame is likely to play a part in discussions surrounding the film, but she was clear that it would not be her focus.

"Obviously, the nature of hiring the most famous pop star in the world, you're going to have conversations like that," she said.

Pugh also told how desperate she was to get back to acting after the Covid-19 pandemic, likening it to being able to "run away with the circus".

She previously revealed she suffers from a health condition called tracheomalacia, which can cause respiratory infections and meant she had to be particularly careful during the height of the pandemic.

Speaking about returning to work, she said: "I think that one of the pulls for me is that I get to see places, see people, befriend people, fall in love with people, and then move on and do it again."

The full interview with Florence Pugh is available in Harper's Bazaar magazine.