Jeremy Paxman is stepping down as the host of University Challenge after 28 years, the BBC has announced.

He has presented the quiz show since 1994 and will film his last episode in autumn, with his final series of the programme airing on BBC Two and BBC iPlayer from 29 August through to summer 2023.

The journalist and broadcaster, 72, said: "I've had a blast hosting this wonderful series for nearly 29 years.

"I've been lucky enough to work with an amazing team and to meet some of the swottier brains in the country. It gives me hope for the future." 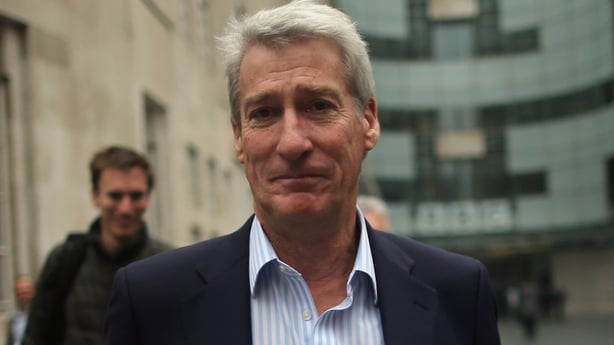 Kate Phillips, the BBC's director of Unscripted, said: "Since the BBC revived University Challenge in 1994 Jeremy has been at the front and centre of the show's success and is without doubt one of the world's finest, and most formidable quizmasters.

"We are hugely grateful to Jeremy for his dedication to the programme for an incredible 28 years, he will be much missed by us all and the show's millions of viewers."

The programme's new presenter will be announced later this week, the corporation said.

Paxman revealed in May 2021 that he had been diagnosed with Parkinson's disease.

Mathematician Bobby Seagull said he is "sad" to see Paxman step down as the host of University Challenge after 28 years.

Seagull, who found fame as a contestant on the show in 2017, said on BBC Radio 4's World At One: "I'm, like many other fans, sad to see the end of the time of the great and formidable Jeremy Paxman.

"He has just become an institution. Many quiz fans every Monday night we have a routine, the pinnacle of the quiz night is University Challenge, Paxman since 1994 has been the centrepiece of that.

"Jeremy Paxman, he generally really respects the idea of a programme where young people and older students can demonstrate there knowledge, it shows value of knowledge.

Seagull, who thinks Richard Osman or Kirsty Wark could fill the role, added: "There was an element of sneering but I think it is that fearsome nature which made it such a tough show.

"University Challenge is unashamedly a very challenging quiz show... it is meant to make people feel under immense pressure, it is definitely meant to be the most terrifying quiz show out there."