Anne Heche remains on life support to see if she is a potential match for organ donation, her representative has confirmed.

The US actress is classified as "legally dead according to California law" after suffering a "severe anoxic brain injury" in a car crash last Friday.

Here's the now mangled vehicle owned by actress Anne Heche being towed away after speeding and crashing into a Mar Vista home and sparking a fire. @CBSLA pic.twitter.com/rRSqnM1YDt

The 53-year-old was taken to hospital following the crash in the Mar Vista area of Los Angeles.

A representative of the actress told the PA news agency: "While Anne is legally dead according to California law, her heart is still beating, and she has not been taken off life support so that One Legacy (a national organ recovery organisation) can see if she is a match for organ donation." 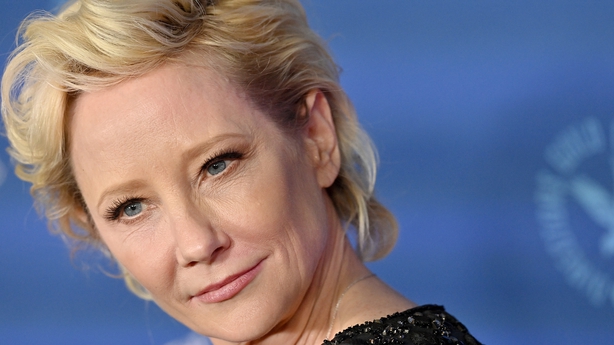 Following the update on her medical status, a statement on behalf of Heche's family and friends said: "Today we lost a bright light, a kind and most joyful soul, a loving mother, and a loyal friend.

"Anne will be deeply missed but she lives on through her beautiful sons, her iconic body of work, and her passionate advocacy.

"Her bravery for always standing in her truth, spreading her message of love and acceptance, will continue to have a lasting impact."

Her family had previously said it had "long been her choice to donate her organs". 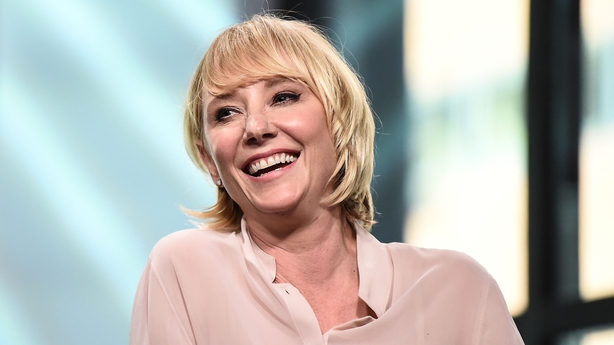 The Los Angeles Police Department (LAPD) previously confirmed to PA that the crash was being investigated as a felony driving-under-the-influence (DUI) traffic collision.

An LAPD spokesman said preliminary blood tests had revealed the presence of drugs in Heche's system but added that additional testing was required to rule out any substances that were administered in the hospital.

On Friday, a statement shared with PA on behalf of her family said the actress was "not expected to survive" the incident.

"We want to thank everyone for their kind wishes and prayers for Anne's recovery and thank the dedicated staff and wonderful nurses that cared for Anne at the Grossman Burn Center at West Hills hospital," the statement read. 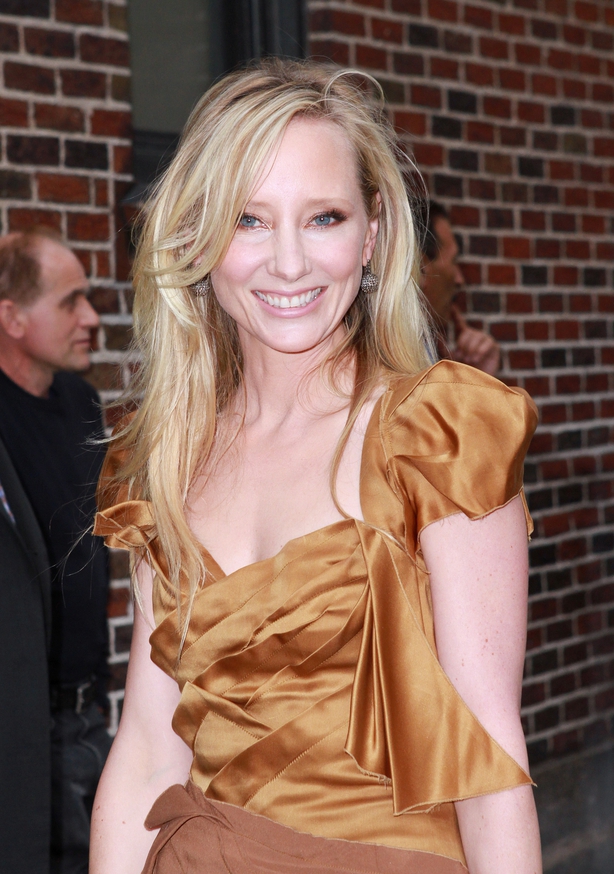 "Unfortunately, due to her accident, Anne Heche suffered a severe anoxic brain injury and remains in a coma, in critical condition. She is not expected to survive," it added.

Heche is the former partner of US talk show host Ellen DeGeneres - the pair began dating in 1997 before separating in 2000 - and is known for films including Donnie Brasco, Cedar Rapids and the 1998 Psycho remake.

Pictures and video footage obtained by US media outlet TMZ following the incident showed Ms Heche driving a blue Mini Cooper, which was later pictured severely damaged at the scene.

The vehicle struck a two-storey home and "erupted in heavy fire", according to the Los Angeles Fire Department (LAFD).

Fifty-nine firefighters took 65 minutes to access, confine and fully extinguish the flames within the heavily damaged structure, according to an LAFD report.

Ohio-born Heche's screen career began with a dual role on the US soap Another World, starring in over 70 episodes and winning a Daytime Emmy Award for Outstanding Younger Actress in a Drama Series in 1991.

After a number of supporting roles for Heche on film and television, 1996 was to prove a breakthrough year.

She starred opposite Cher in the television film If These Walls Could Talk, an anthology drama focusing on women's experiences of abortion. In that same year came her springboard big-screen role opposite Catherine Keener in the relationship comedy Walking and Talking.

A festival favourite, Walking and Talking was included by Entertainment Weekly in its Top 50 Cult Films of All-Time list.

Following the plaudits, Heche received for her Walking and Talking performance, she came to wider attention in 1997 through her role opposite Johnny Depp in the true-crime story Donnie Brasco. 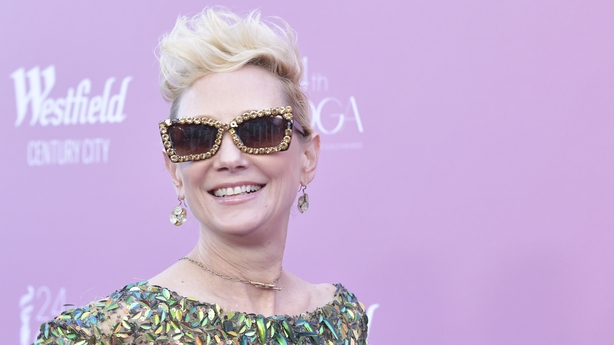 She also starred alongside Tommy Lee Jones in the disaster movie Volcano, was part of the ensemble of the horror hit I Know What You Did Last Summer and joined Robert De Niro and Dustin Hoffman in the cast of the political satire Wag the Dog.

In 1998, Heche shared top billing with Harrison Ford in the two-hander adventure-comedy Six Days, Seven Nights and starred opposite Vince Vaughn in the acclaimed legal drama Return to Paradise.

She and Vaughn also starred in one of the most-talked-about films of that year, director Gus Van Sant's controversial shot-for-shot colour remake of the classic thriller Psycho.

Slated by critics, the film saw Heche playing the Marion Crane role made famous by Janet Leigh, with Vaughn taking over from Anthony Perkins as the serial killer Norman Bates. 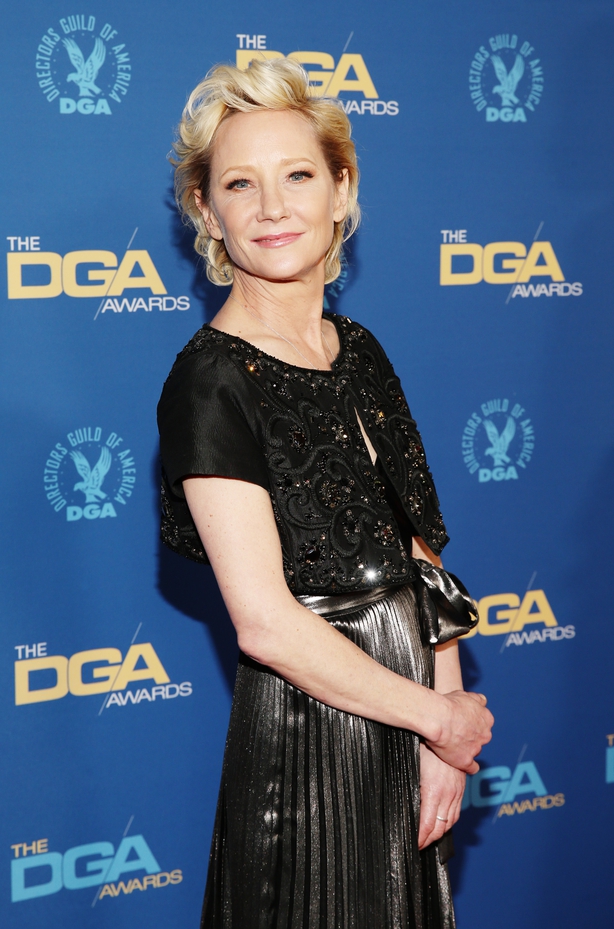 Although Psycho would prove to be the last high-profile outing of Heche's big-screen career, she had worked consistently since 2000, dividing her time between television shows such as Ally McBeal, Everwood, Men in Trees, Hung and Chicago PD, and independent cinema including the acclaimed Birth, Cedar Rapids and My Friend Dahmer.

She was Emmy-nominated in 2004 for her role in the television film Gracie's Choice and received a Best Actress Tony Award nomination that same year for her performance opposite Alec Baldwin in the play Twentieth Century on Broadway.

Away from acting, Heche was widely praised for her 2001 memoir Call Me Crazy and was a writer-director on the award-winning television film If These Walls Could Talk 2. It told the story of three lesbian couples over different time periods and included her former partner Ellen DeGeneres in the segment she directed.