Loose Women presenter Kaye Adams has been announced as the fourth celebrity contestant for the forthcoming series of Strictly Come Dancing.

Ready to cut loose on the #Strictly dance floor. It's broadcaster and journalist Kaye Adams! 💃🏻

The Scottish TV presenter, 59, revealed the news during Friday's episode of the ITV daytime show.

Adams has said she signed up for Strictly Come Dancing as she wants the last year of her fifties to be "memorable" as she was announced as the fourth celebrity contestant.

She said: "I said I wanted to make the last year of my fifties memorable and I can't think of a better way of doing it than showing the world my two left feet. Pray for me!"

This is the 20th series of the show, which will see audiences returning to the studio this year, with the launch show scheduled to be recorded on Wednesday, 7 September.

The TV star is the second contestant announced today following the earlier announcement of BBC Radio 2's Richie Anderson as the third contestant.

Actors Kym Marsh and Will Mellor were the first two contestants to be unveiled as the first Strictly Come Dancing stars of 2022.

Mellor, 46, starred as Gaz in cult Noughties sitcom Two Pints of Lager and a Packet of Crisps, also landing roles in dramas Line of Duty and Broadchurch.

He joined the cast of Coronation Street in 2021 as "out-and-out baddie" drugs lord Harvey, and also starred in Hollyoaks in the early part of his career.

His other credits include police comedy drama No Offence, and Casualty.

Marsh is well known for her role of Michelle Connor in Coronation Street. She has also had a successful music career, both in the band Hear'Say, which she won a place in after appearing on the show Popstars, and as a solo artist. 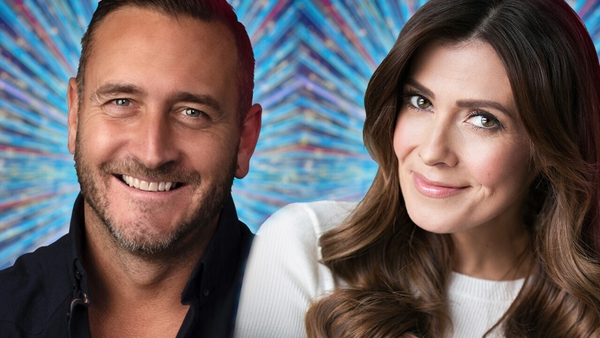 Will Mellor and Kym Marsh announced as Strictly 2022 contestants