Jaime Winstone will play a young Peggy Mitchell in a special flashback episode of EastEnders, it has been announced.

The matriarch of the Mitchell family was a role inhabited by Barbara Windsor, who joined the long-running soap in 1994 before becoming its biggest star.

Windsor died in December 2020 aged 83 having been diagnosed with Alzheimer's disease in 2014.

Winstone, 37, the daughter of actor Ray Winstone and star of 2006 British film Kidulthood, portrayed the soap stalwart in the BBC biopic Babs in 2017, playing Barbara in her 20s and 30s.

She will step into Peggy Mitchell’s shoes for the flashback scenes currently being filmed, and which will centre around the Mitchell family, with an autumn broadcast date, an EastEnders spokesperson said.

The episode will also feature characters from EastEnders who have never been seen on screen before, with the line-up including Peggy’s husband Eric (George Russo), Billy Mitchell’s older brother Charlie (Charlie Heptinstall) and Billy and Charlie’s father Stephen (Dean Roberts).

The episode cast will also include Daniel Delaney as Phil, Teddy Jay as Grant, Henry Garrett as Archie, Rose Reynolds as Glenda and George Greenland as Billy.

Peggy’s adult sons Grant and Phil, played by Ross Kemp and Steve McFadden, have been at the centre of some of the BBC One soap’s most explosive storylines over the years, as has Peggy’s daughter, Sam, originally played by Danniella Westbrook, with Kim Medcalf taking over the role in the early 2000s.

The flashback episode will take viewers back to the winter of 1979 with the Mitchells "hit hard by a Britain in economic turmoil" and Peggy struggling to keep things afloat as her marriage to Eric is "showing its cracks".

The storyline will also see son Phil and husband Eric "vying for the title of man of the house" while elsewhere Archie (who was played by Larry Lamb between 2008 and 2009), is "up to his usual tricks" as wife Glenda watches over their daughters Ronnie and Roxy.

Following his return from prison, present-day Phil struggles with mounting pressure from DCI Keeble, as audiences are taken on a journey back to Phil’s youth where "clues to his present will undoubtedly be revealed", a spokesperson for the soap said.

Winstone said: "It’s been such an honour to step into Peggy Mitchell’s shoes for the first time, and into Barbara’s shoes for the second time. There’s certainly a healthy amount of pressure when you’re taking on such an iconic role – I thoroughly enjoyed it.

"Playing this role has really cemented my love and admiration for Barbara as I got to bookend my journey by playing Peggy Mitchell – I hope I’ve done her justice and I’ve loved every minute of it, I can’t wait for everyone to see the episode."

Chris Clenshaw, EastEnders’ executive producer, said of the episode: "We’re delighted to be welcoming an incredible cast of actors to set for this special flashback episode, including the luminous Jaime Winstone as a young Peggy Mitchell.

"Focused on the Mitchell family, audiences will embark on a rollercoaster journey to the East End of London in 1979 where they’ll delve into the family’s past, seeing much-loved and iconic characters, as well as meeting characters from the show’s history that have never been seen on screen before.

"There are twists, turns and secrets revealed – after all, trouble is never too far away where the Mitchells are concerned."

The announcement follows the news that Jade Goody’s son Bobby Brazier is joining the cast to play Freddie Slater, son of Maureen "Little Mo" Slater, and is filming scenes scheduled to air this summer.

EastEnders said further details about the Mitchell special would be announced in due course. 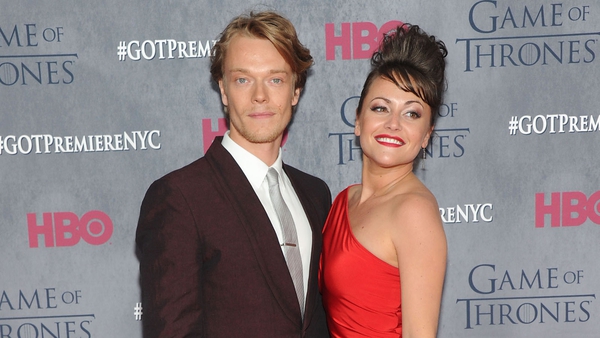