Nurse Emma is called to resus to help 71-year-old Thomas who has had a suspected stroke, and has a narrow window of time to give Thomas a life-saving drug.

While treating him, Emma tells us the story of how she went from working in a dry-cleaners as a teenager to pursuing a career as a stroke nurse.

At the same time, 88-year-old Mary is rushed to St George's after falling at home and injuring her head.

Big Zuu, Tubsey and Hyder head north to cook for TV presenter Alex Brooker, including an Italian-themed menu - complete with a mafiosa takeover of a local joint.

The one problem with this fascinating series is that it can bring out the inner hypochondriac.

This time around, professor Vin Paleri must establish if a patient with a fast-growing tumour in his tongue is viable for a complex surgery using tissue from his leg to reconstruct his throat.

Specialist Ricky Bhogal performs an intensive procedure to remove a tumour completely from a patient's portal vein, which, if compromised during surgery, would be fatal.

Elle Woods, a sorority member is heartbroken when her boyfriend dumps her because he thinks she is not intelligent enough to help his political career.

To prove him wrong she enrols at Harvard, but finds herself out of her depth as other students do their best to humiliate her.

Our Next Prime Minister, 9.00pm, BBC One

Like most people, I’ve viewed the battle for Downing Street with a mix of horror, hilarity and incomprehension. 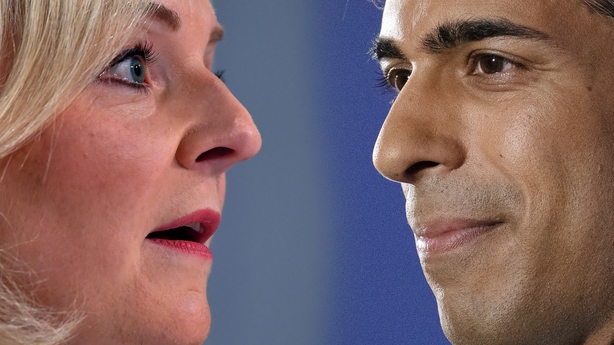 Sophie Raworth leads this debate between Rishi Sunak and Liz Truss - the final two Conservative hopefuls vying to be the next party leader and the country's new Prime Minister.

This special is an investigation into three major mass killings by Myanmar's army, revealing evidence of soldiers systematically targeting peaceful protestors and those trying to help the wounded.

The film was made by a group of young Burmese activists over more than a year and includes interviews with army defectors.

They reveal, for the first time, the orders issued by their commanders to unleash lethal force against civilians, as well as questioning why the international community has failed to intervene.

Here’s the chance to experience in your own home the epic conclusion to the Jurassic era as two generations unite for the first time.

From Jurassic World architect and director Colin Trevorrow, Dominion takes place four years after Isla Nublar has been destroyed. Dinosaurs now live--and hunt-- alongside humans all over the world.

This fragile balance will reshape the future and determine, once and for all, whether human beings are to remain the apex predators on a planet they now share with history's most fearsome creatures.

Finney, a shy but clever 13-year-old boy, is abducted by a sadistic killer and trapped in a soundproof basement where screaming is of little use.

When a disconnected phone on the wall begins to ring, Finney discovers that he can hear the voices of the killer's previous victims.

And they are dead set on making sure that what happened to them doesn't happen to Finney.

This colourful series set in a fantastical dollhouse of delightful mini-worlds and irresistible kitty characters returns for a new run.