The fifth series of The Crown will reflect what is now known about the circumstances that led to the Panorama interview with Diana, Princess of Wales, and how she was treated, according to reports.

That 1995 interview, conducted by then-BBC journalist Martin Bashir, made global headlines as the princess spoke openly about her marriage to the Prince of Wales, famously telling Bashir "there were three of us in this marriage, so it was a bit crowded".

Last year, a report concluded that the BBC covered up "deceitful behaviour" by Bashir to secure the bombshell interview and led to a call from Britain's Duke of Cambridge for it never to be aired again.

The revelations emerged as scriptwriters were working on the fifth series of Netflix's hit royal drama, and they incorporated the new information into the storyline.

A source close to the show said: "Season five of The Crown will dramatise events surrounding the Panorama interview, given the pivotal part it played during the time period the new series covers.

"It will reflect what we now know about how the interview was obtained and how Diana was treated."

The BBC vowed on Thursday to "never" again broadcast clips from the interview.

Director-general Tim Davie said: "Now we know about the shocking way that the interview was obtained, I have decided that the BBC will never show the programme again, nor will we license it in whole or part to other broadcasters.

"It does of course remain part of the historical record and there may be occasions in the future when it will be justified for the BBC to use short extracts for journalistic purposes, but these will be few and far between and will need to be agreed at executive committee level and set in the full context of what we now know about the way the interview was obtained.

"I would urge others to exercise similar restraint."

The fifth series of the lavish royal drama, due to air in November, will see Dominic West star as Charles and Elizabeth Debicki as Diana.

The Wire star West takes over the role of Charles from Josh O’Connor, while The Night Manager actress Debicki replaces Emma Corrin.

Imelda Staunton will take over the role of the Queen from Olivia Colman, while Jonathan Pryce replaces Tobias Menzies as the Duke of Edinburgh and Lesley Manville will be Princess Margaret, following in the footsteps of Helena Bonham Carter.

The Crown was due to end after the fifth series, but the show’s creator and writer Peter Morgan later said it will be extended to include a sixth series. 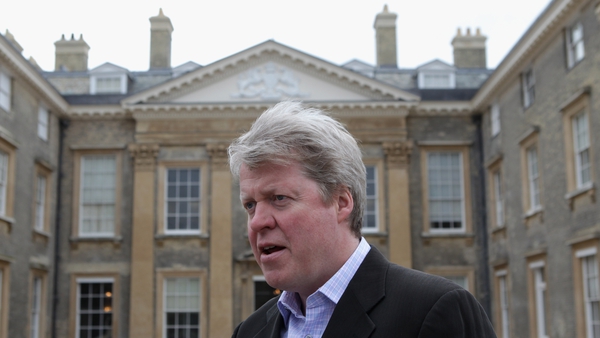