Kimberley Walsh has said she is looking forward to the "special moment" of honouring her late Girls Aloud bandmate Sarah Harding when the group run a Race For Life this weekend.

Walsh, Cheryl, Nadine Coyle and Nicola Roberts from the former girl band will be taking part in a 5km event on Sunday in London, named the Race For Life For Sarah, which aims to celebrate Harding's life as well as raise money for breast cancer.

The singer died aged 39 in September last year, after revealing that she had been diagnosed with breast cancer, which had spread to other parts of her body.

Speaking on Tuesday on BBC Radio 2’s The Zoe Ball Breakfast Show, Walsh and Roberts reflected on the "daily challenge" of grieving the loss of their friend.

Walsh said: "It’s crazy to me to think that it’s almost been a year. In September, it’s coming up to a year.

"It’s a daily challenge, let’s put it that way, and I think it throws you at the times that you don’t expect it."

The singer admitted that at times a song or plate of food will make her emotional but added that she does find comfort in them as she does not want to lose these memories of Harding.

Roberts agreed that her ex-bandmate’s death is "still a shock" to the group, saying: "You kind of go back to when it was the five of us and never in your wildest nightmares could you ever have imagined that it would have gone this way."

The girl band were formed on TV show Popstars: The Rivals in 2002 and went on to produce hit tracks such as Sound Of The Underground and The Promise.

They have previously said they did not feel comfortable celebrating the group’s 20th anniversary following Harding’s death, but Roberts noted the charity run was a good place for them to come together.

She said: "I think for us, we really felt so uncomfortable to do anything in terms of a performance or an event in that way without her, that just doesn’t feel OK to us, and so this was the perfect opportunity for everybody to come together for Sarah, so it is in her memory, which she wanted us to do."

Roberts will run alongside Cheryl and Coyle in Hyde Park while Walsh will take part remotely as she explained she is out of London over the weekend. 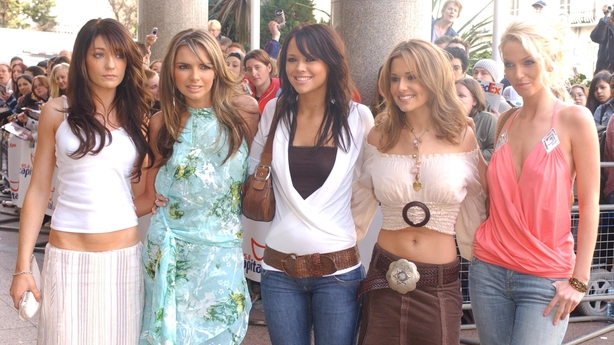 Walsh explained that raising money for cancer research was one of Harding’s final wishes and she feels this is "going to be a really special moment" for the group.

She added: "I’m kind of looking forward to feeling a little bit closer to her in that moment.

"I know that sounds strange but there are these moments that happen still where I suddenly just feel close to her again and I just love that and I cherish those moments."