British actress Lily James says she is "still reeling" from her first Emmy nomination and is "eternally grateful" for the people she worked with on Pam and Tommy.

The Cinderella actress, 33, was given a nod in the category for leading actress in a limited or anthology series or movie for her portrayal of Pamela Anderson in the Disney+ series, on Tuesday.

James also thanked her co star Sebastian Stan, who played Anderson's rock star lover Tommy Lee in the series, describing him as "the best partner I could have wished for.

"Still reeling from this incredible honour @televisionacad thank you so much," she wrote on Instagram.

"Insane! I feel so eternally grateful to have worked with such exceptional people, who always worked their hardest to bring authenticity, empathy, and honesty to everything we did.

"You inspire me. Congratulations ! And @imsebastianstan what can I say… you are KING!

"The best partner I could have wished for. United from day one. Acting opposite you was the biggest thrill!"

Pam and Tommy received ten Emmy nominations in total, including a nod for Stan for leading actor in a limited or anthology series or movie, as well as for make-up and hair styling.

Speaking to US outlet Deadline following the nominations announcement, James said the production team were on Anderson’s side "every second" while creating the series but revealed she has not heard from Anderson since. 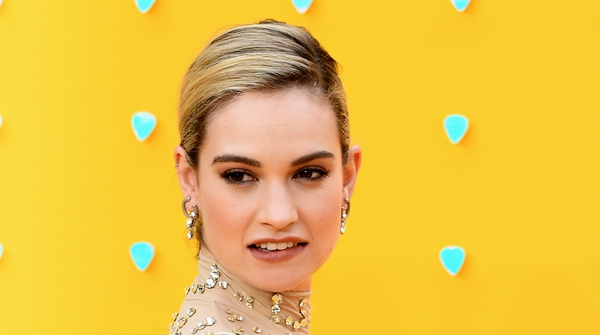 Lily James: 'Hang out with your girl mates'