A US judge has denied Amber Heard's appeal for a new trial in her multimillion-dollar defamation case with Johnny Depp, which she had sought on the basis of "improper juror service".

Penney Azcarate, who presided over the high-profile case, dismissed claims that an individual juror had not been properly vetted and said the court remained bound by the jury's "competent decision".

In documents filed last week, Aquaman star Heard's legal team said that "newly discovered facts and information" about the juror meant that a mistrial ought to be declared.

Lawyers said that one of the individuals originally summoned to serve in the trial had not appeared and had been replaced by someone else.

They also argued previously that the decision returned on 1 June in favour of Depp was not supported by the evidence presented during the six-week trial. 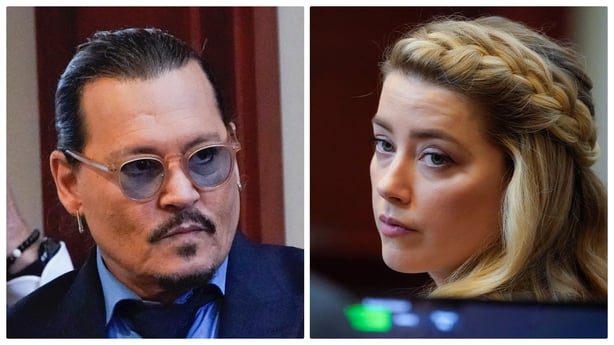 But on Wednesday, Judge Azcarate said the juror issue was irrelevant and that Heard could not show she had been prejudiced.

"The juror was vetted, sat for the entire jury, deliberated, and reached a verdict," she said.

"The only evidence before this court is that this juror and all jurors followed their oaths, the court's instructions, and orders.

"This court is bound by the competent decision of the jury."

The ruling comes after Depp's lawyers said there was "no legitimate basis" for Heard's appeals, which "verge into the frivolous".

The actor sued his ex-wife over a 2018 article she wrote for the Washington Post about her experiences as a survivor of domestic abuse, which his lawyers said falsely accused him of being an abuser.

It is understood that Heard still has the ability to appeal against the verdict in the Virginia Court of Appeals and that the issues presented to the appellate court could well be different from those rejected on Wednesday.