Sugababes star Keisha Buchanan has described their packed-out performance at Glastonbury as "such a celebration" of their reunion.

The Avalon stage at the Somerset festival had to be closed off after thousands more fans than expected arrived to watch Buchanan, 37, perform hits including Overload and Push The Button with Mutya Buena, 37, and Siobhan Donaghy, 38.

The trio, who made up the group’s original line-up between 1998 and 2001, lost the right to record and perform under the name following a number of radical line-up changes.

After briefly reforming under the moniker MKS around 2013, they regained the right to use the Sugababes name in 2019.

Appearing on BBC Breakfast alongside her bandmates, Buchanan said of their Glastonbury show: "They had to close the stage off, the whole area – they had to close the field. And it was crazy because we were told before we went on, ‘There are a few more people than expected,’ because we expected like 3,000. And then it was like, ‘OK so security had been called’."

Donaghy said they had been told that if one of the security guards made a certain gesture they had to stop playing for safety reasons.

Buchanan added: "It was such a celebration. They really got into it and it was amazing."

Speaking about the reaction to their reunion, she said: "It is a little bit more now than nine years ago, because we first reformed like nine years ago under the name MKS and then we won the Sugababes name back. We had had a few shows but this is (different)."

She added: "We feel like we are the underdogs. We stuck together through the nine years. That’s who we are.

"We came up with the name when we were kids. We were 11 and 12 years old and we just felt like it is actually ours. We just stuck together."

Sugababes were formed in 1998 by the manager of All Saints and went on to score six number one singles.

In October 2019, the group released their first music in six years, a cover of the UK garage classic Flowers by Sweet Female Attitude. 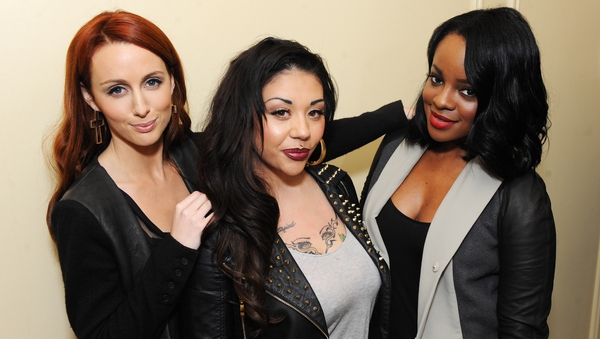 Excitement Overload! Sugababes are back with original line-up