Depeche Mode's keyboardist Andy Fletcher died after suffering from a cardiovascular condition involving a tear in the main artery from his heart, the band has announced.

The musician suffered what's medically termed an "aortic dissection" and died aged 60 on 26 May.

Fletcher, nicknamed "Fletch", founded the group in Basildon in 1980 and was inducted into the Rock and Roll Hall of Fame two years ago.

Following his death, the band said there had been an "outpouring of love" and it has been "incredible" to see how much he meant to everyone.

In a statement posted on Instagram, Depeche Mode said: "As you can imagine, it’s been a strange, sad, disorienting few weeks for us here, to say the least. But we’ve seen and felt all of your love and support, and we know that Andy’s family has too.

"A couple weeks ago we received the result from the medical examiners, which Andy’s family asked us to share with you now.

"Andy suffered an aortic dissection while at home on May 26. So, even though it was far, far too soon, he passed naturally and without prolonged suffering."

The band said they had held a celebration of his life in London last week, describing it as a "beautiful ceremony and gathering with a few tears, but filled with the great memories of who Andy was, stories of all of our times together, and some good laughs".

"Andy was celebrated in a room full of many of his friends and family, our immediate DM family, and so many people who have touched Andy’s and our lives throughout the years," they said.

"All being together was a very special way to remember Andy and see him off.

"So thank you for all of the love you’ve shown Andy and his family and friends over the last few weeks. It honestly means the world to all of us. Andy, you’ll be missed, but certainly not forgotten."

The statement was signed off by bandmates Martin Gore and Dave Gahan.

An aortic dissection is a condition in which a tear occurs in the inner layer of the aorta.

Fletcher was born in Nottingham and moved to Basildon as a young boy, where he formed the band that would become known as Depeche Mode with Gore and Vince Clarke.

While Clarke left in the early 1980s, Fletcher stayed with the group throughout its four-decade history, from its debut album Speak and Spell to 2017’s Spirit.

During this period, two of its albums reached Number 1 in the charts: Songs Of Faith and Devotion, and Ultra.

Despite their popularity, the band never had a No 1 single, though they reached No 4 across three separate decades with People Are People, Barrel Of A Gun and Precious.

Fletcher leaves behind a wife, Grainne, to whom he was married for almost 30 years, and two children, Megan and Joe. 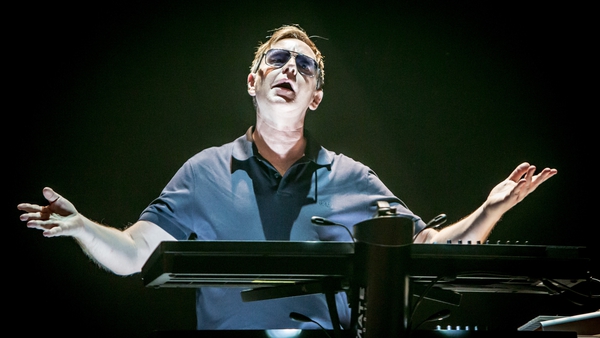