The Rolling Stones have remembered their "immaculate" friend and drummer Charlie Watts in a new documentary series looking back at the band’s history.

Watts, who drummed in the iconic rock 'n' roll band for more than half a century, died on 24 August last year at the age of 80.

In a new four-part documentary series on BBC Two, My Life As A Rolling Stone, Mick Jagger, Ronnie Wood and Keith Richards reflect on their bandmate’s "particular" personality and his unique on-tour habits.

Wood, 75, recalled: "He drew every bed he slept in, every meal he ate, every hotel room.

"I had the pleasure of him showing me one of his tour books once, they’re very simple line drawings, and he’d have 'put your coat here' or a little sign like that, mixed with all kinds of details from the room.

"And I always said to him: 'Charlie, you should release these, people want to see them.' 'Nobody wants to see these,' and I’d say: 'They do Charlie, it’s a real eye into your world.'

"He totally underestimated his power as a person."

An old audio recording of Watts heard him explaining his drawing habits. He said: "It started in ’60-something and it was something to do. It’s a diary and now I can’t miss one because it’s like ruining a day…

"So I just draw every bed that I sleep in when I tour with The Rolling Stones."

In the fourth episode of My Life As A Rolling Stone, which will air in July, Richards paid tribute to Watts, saying: "You can’t imagine the Stones without Charlie Watts. Charlie was the engine, the best drummer England has ever produced."

He went on: "Clothes had a layer of tissue paper in between, each shirt, each sock, each underpant, each jacket. Pristine would be the word. Not one thing out of place."

Jagger, the band’s 78-year-old frontman, recalled memories of his friend and fellow band member and said: "I miss Charlie on many levels… I miss him a lot."

Despite Watts’s preference for structure and order, the Stones also reflected on their bandmate’s struggle with addiction later on in his life and how he overcame it.

Richards was somewhat credited with helping out his friend, and explained his memories of the time.

"The main thing that really worried me about Charlie at a point was that he was drinking heavy duty cognac… If he was dabbling with other stuff I didn’t really mind, it was the booze.

"Some people are just perfect as they are. They don’t need stimulants. Us imperfections, we need help, but Charlie Watts didn’t need any, he was immaculate, an immaculate conception. Bless his heart."

The series forms part of The Rolling Stones At 60 season on the BBC, as the band celebrate their 60th anniversary.

Every episode of My Life As A Rolling Stone will be available on BBC iPlayer from 2 July.

The Mick Jagger film will air on BBC Two on 2 July, with the Ronnie Wood and Keith Richards episodes following on 9 July and the Charlie Watts film completing the series later in July. 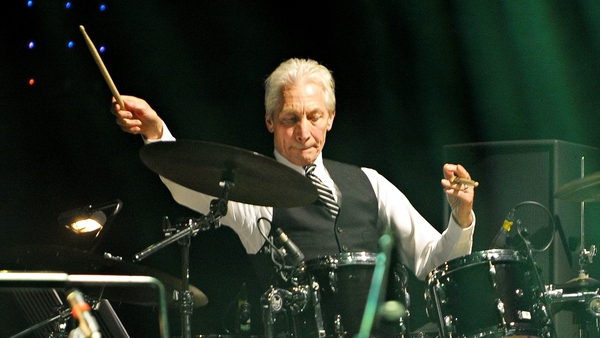