The solo project of teacher Simon O'Moore Donohoe, Mount Pelier is named after the hill close to where he grew up and where he would, many years later, record his debut EP at Hell Fire Studio with producer Peter Ashmore (Pillow Queens, Girlfriend).

Simon says Sunday is "an ode to the morning after the night before, being lost in London and longing for home". 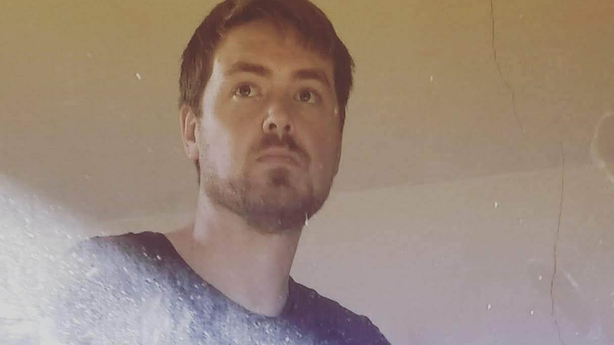 A dog once saved me from a burning building in Athens. I trained as an Environmental Biologist and wrote a research paper on lichen in East Africa years ago. I was plucked off the South Circular Road by Michael D. Higgins' gardeners when I fell off my bike and broke my two hands.

I feel like it's guitarists who have influenced my playing and that then feeds into the song-writing. Mogwai were a huge influence on how I write guitar, then Graham Coxon and Johnny Greenwood too. As a teenager I was obsessed with Dylan, the Beastie Boys, Blur, Neil Young, Bjork, Sigur Rós and Deftones.

Devil is Fine by Zeal & Ardour, the song is a few years old, but I only discovered them recently. It's sort of an African-American spiritual mixed with black metal and it's brilliant.

"Ideas are like sparrows, They dart down the hall, the chimney and out of the spout, Down a worm hole and back up my mouth' - Hey Rabbit by Fionn Regan.

Nina Simone's cover of George Harrison's Isn't it a Pity. I remember the exact place I was when I first heard it when it came up on a Spotify playlist. It was about 11pm on a night-time walk around the back of the Acropolis in Athens. The moment is seared into my memory.

Mount Pelier is not available in all good record stores . . . yet. I am on Spotify, Apple Music, Bandcamp, YouTube and all streaming platforms, but Instagram is the best place for regular updates. My account is @Mount_Pelier or follow this link.