ITV has announced that there will be two series of Love Island next year.

The eighth series of the hit dating show is currently airing on ITV2 and Virgin Media, with contestants in the Love Island villa in Majorca.

It has now been confirmed that the show will return in the new year with a fresh batch of islanders heading to South Africa to find love. 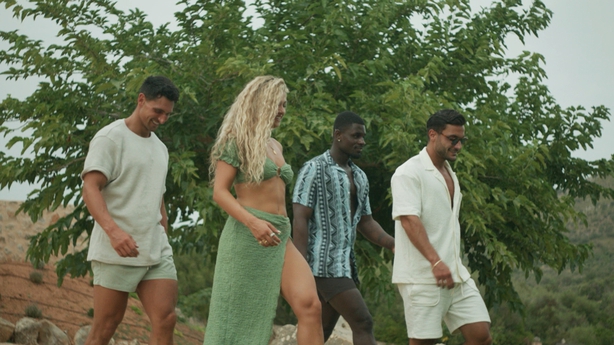 The show will also run in the summer of 2023 as usual, with contestants spending eight weeks in a villa in Majorca.

ITV previously aired a winter series of the show in January 2020, which saw islanders live in a villa in Cape Town, South Africa

The show's current series launched to a consolidated five million viewers across all devices, according to ITV, making it the biggest launch since 2019.

Consolidated data from ITV has now shown that Love Island is the biggest programme of the year so far for the 16 to 34-year-old demographic.

Since its relaunch in 2015 - the show previously ran for two series in 2005 and 2006 - Love Island has produced a number of long-term couples, with four weddings and seven babies among them.

Speaking about the plan for two series in 2023, director of reality commissioning and controller for ITV2 Paul Mortimer said: "Love Island has once again proved itself to be the nation's favourite talking point across the summer, and we're always blown away by the show's ongoing impact and talkability amongst our younger audience.

"So, rather than just serving up a summer of love, we thought we'd make 2023 the year of love with two full series of the show."

The show is currently hosted by Laura Whitmore and narrated by her husband Iain Stirling.

On the impact of the show, series two contestant Olivia Buckland said: "Love Island changed every aspect of our life. From meeting someone, to falling in love, to getting to getting married and having a baby on the way and completely changing our careers.

"The experience opened up so many new and different doors, as well as so many new experiences for Alex and I. The best part was obviously meeting each other and now having a baby!

"The experience has changed us both as people and has given us such an individual life experience."

Buckland, 28, met her now husband Alex Bowen on the show in 2016 and the pair recently welcomed their first child Abel.