Hailey Bieber has said her husband Justin is "getting better every single day" after the singer announced he is suffering from Ramsay Hunt syndrome.

In an interview with Good Morning America, the 25-year-old model described his sudden diagnosis as a "very scary and random situation" but said his condition was improving.

Ramsay Hunt syndrome (RHS) is due to viral reactivation and is one of 60 causes of facial palsy, or facial paralysis as it is known in the US.

Justin previously told fans he had been doing facial exercises to regain movement but it would still take time to recover, after upcoming dates on his Purpose tour were cancelled.

Hailey said: "He is doing really well. He is getting better every single day. He is feeling a lot better.

"Obviously, it was just a very scary and random situation to happen, but he is going to be totally okay and I am just grateful that he is fine.

It comes after Hailey herself was admitted to hospital in March after experiencing "stroke-like symptoms" and later had surgery on a heart defect.

She said: "I feel a lot better after that situation. I feel good. I had a procedure done to close this hole in my heart and I am just giving my body time to heal and recover.

"It was a little hard for me to recover from the procedure, just giving myself the time to be able to work out again and feel normal, if that makes sense.

"But I am doing well now and I am not having to be on any medication any more, so I feel good."

#HaileyBieber says her and @justinbieber supporting each other through their health battles has brought the couple closer: "Going through this together and being together and it bonds you, so that's the silver lining in these crazy times." https://t.co/VHmQuoUers pic.twitter.com/79FkRsbgMP

The model said their respective health problems had brought them closer together.

She said: "Going through it very publicly in front of a lot of people, it kind of almost in a way forces you to have to just be upfront about what is going on so people understand what you are going through, and I think it actually opened up a lot of really important and amazing conversations.

"I think the silver lining of all of it is that it brings us closer because you are going through this together, you are being there for each other, you are supporting each other and there is just something that really bonds you through these times.

"So, that is the silver lining in these crazy times."

The couple tied the knot in a secret ceremony in New York in 2018 when Justin was 24 and Hailey was 21.

They exchanged vows for a second time in South Carolina at the end of September 2019. 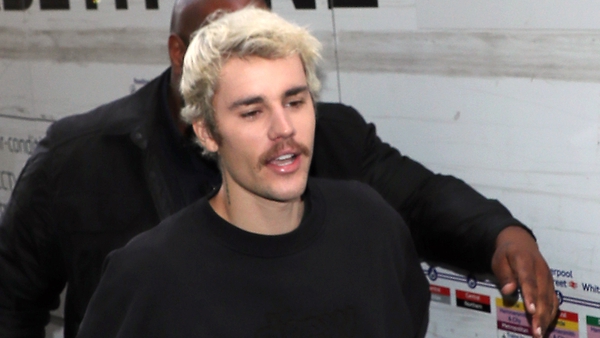 Justin Bieber says he is suffering from facial paralysis