Emmerdale and EastEnders have dominated at the first British Soap Awards since 2019.

The ITV and BBC soap opera's secured four awards each, but Emmerdale won all three awards voted for by the public and took home the sought-after best soap gong in its 50th anniversary year.

The cast erupted in cheers as the ITV show’s title was called out as the winner of best soap, before taking to the stage.

Karen Blick, who plays Lydia Hart, spoke on behalf of the throng of stars.

In Pictures: The British Soap Awards

She said: "It means the world as it is a public vote. Well done to the whole team who did not go off-air for the whole of the pandemic.

"It is an absolute honour in our 50th year, there is going to be more drama in the Dales. This is for everyone back in Yorkshire."

During his winner’s speech, the 53-year-old actor said "not enough is being done" to fundraise for stroke research and "more needs to be done".

Charnock returned to the stage with his Emmerdale co-stars to collect the best family award which went to the Dingles. They dedicated the gong to late actor Andy Devine, who played Shadrach Dingle in the show for almost a decade.

Dean, who was presented the award by soap star Anita Dobson, dedicated the award to her father "who died a week ago" in an emotional winner’s speech.

She said: "This is for my daddy and my darling mummy, I hope you’re enjoying your fish and chips."

Dobson added: "She has been in 2000 episodes, she has had 237 'doof-doof’s’, and she has also been landlord of the Queen Vic six times.

"She has had amazing storylines, the death of her son, return from the grave of her father, and her affair with Phil Mitchell which brought in 23.5 million viewers.

"She is quirky, funny, talented, glamorous, and iconic."

Wright said: "This is the best award to get, I love working with this lady. She is the most talented and generous, instinctive and truthful actor I know.

"She brings a lot of joy and happiness to the set, everyone loves her and why wouldn’t they. It is an absolute privilege to work with you, may I never take it for granted."

Turner added: "I have watched you work for the last 15 years and it is such an honour. The amount of effort you put into Jean is mesmerising and you make me a better actor."

Schofield said: "We are back. For the first time since 2019, our favourite soap stars are all here together.

"Our favourite shows have faced and overcome challenges in the midst of a pandemic, they fought to make it back onto our screens providing us with entertainment we so badly needed and for that we are grateful."

Accepting her best storyline prize, Virdi said: "This means a lot to us, it is a very serious subject, we know a lot of the victims do not get legal justice.

"I hope we can show that by accepting and healing yourself maybe you can move forward."

This year the awards, which celebrate the country’s favourite soap operas, were made gender-neutral. 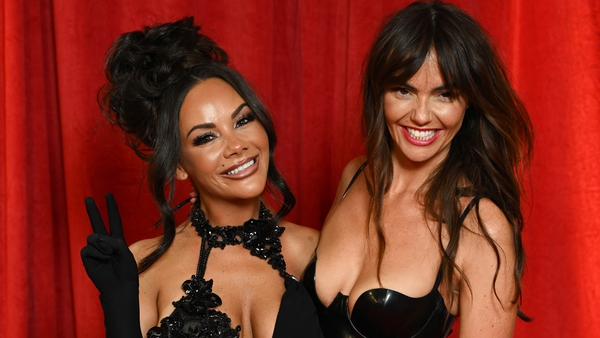 In Pictures: The British Soap Awards 2022