Kate Bush's song Running Up That Hill has hit its highest ever placing on the Official Irish Charts after the track was featured on Netflix drama Stranger Things.

The song, from Bush’s album Hounds of Love, was a No. 4 hit in Ireland on its original release in 1985 and has now climbed to No. 3 in the new Irish singles chart.

Running Up That Hill (A Deal With God) has enjoyed a resurgence in popularity after it was played in episode one and four of Stranger Things.

In the show, Max Mayfield, played by Sadie Sink, is heard listening to the song on her Walkman.

Bush, 63, has said she is pleased the song was a "positive totem" for Max’s character.

In a statement, she said: "When the first series came out, friends kept asking us if we’d seen Stranger Things, so we checked it out and really loved it. 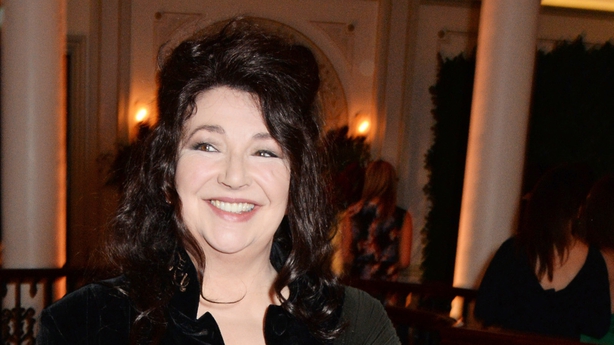 "We’ve watched every series since then, as a family. When they approached us to use Running Up That Hill, you could tell that a lot of care had gone into how it was used in the context of the story and I really liked the fact that the song was a positive totem for the character, Max.

"I’m really impressed by this latest series. It’s an epic piece of work - the shows are extremely well put together with great characters and fantastic SFX.

"It’s very touching that the song has been so warmly received, especially as it’s being driven by the young fans who love the shows.

"I’m really happy that the Duffer Brothers are getting such positive feedback for their latest creation. They deserve it."

The track has also gone viral across social media platforms including Instagram and TikTok, with the song sound-tracking more than 350,000 video creations on TikTok.