Dolly Parton’s novel, Run, Rose, Run, is set to be adapted into a film by Reese Witherspoon’s production company.

Run, Rose, Run was released in March this year and co-written by singer-songwriter Parton, 76, and author James Patterson, 75.

In a post on Instagram, Parton revealed the book, which shares the same title as her most recent studio album, is going to be made into a film by Witherspoon’s production company Hello Sunshine and Sony Pictures.

Accompanied by a picture of herself and Patterson, she wrote: "Run, Rose, Run is going to the big screen!

"I can’t wait to make this dream come true with @HelloSunshine, @SonyPictures, and some of my favorite people, @JamesPattersonBooks and @ReeseWitherspoon!"

The novel follows a young singer during her rise to fame, while also on the run and determined to survive.

A caption alongside a picture of Parton holding the book said: "We’re so excited to announce that we’re partnering with @sonypictures on our adaptation of the New York Times best-seller 'Run Rose Run,’ and that the one and only @dollyparton will star in the film!

"@RunRoseRunMovie centers on a young woman who heads to Nashville to pursue her music-making dreams.

"The source of her heart-wrenching songs is a brutal secret she has tried desperately to hide, but the past she has fled is reaching out to control her future — and it may destroy everything she has worked for."

The company has produced a number of popular titles including The Morning Show (2019) and the adaptation of Celeste Ng’s novel Little Fires Everywhere.

Hello Sunshine is also responsible for the adaptation of Delia Owens’ hit novel Where the Crawdads Sing, which is due for release in July.

In addition to Run, Rose, Run, Patterson has written more than 200 novels, including the popular crime thriller Alex Cross series. 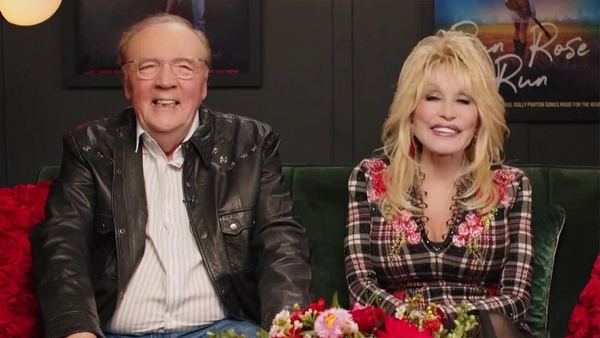