American actor David Harbour has said "being mentally ill is a natural condition of poverty", while reflecting on his struggle with mental illness.

Speaking to the Big Issue magazine about his experience of living with bipolar disorder, Harbour said: "My particular big issue is what society would call mental illness. I was diagnosed at 26 as bipolar after an episode that landed me in an institution.

"I have been struggling with the medical model of mental illness for a long time.

"I started to really get into talk therapy around the particular trauma, and I find that narrative and stories, dealing intellectually and emotionally with personal trauma, has been far more liberating to me than hospitals and drugs."

He added: "I have definitely been in and out of the system. And there were times in my life where very easily I could have ended up on the streets, but I luckily had a family who could support me through those lean and very trying times."

"It's not like a broken leg. What defines crazy is social inappropriateness. But it's very socially inappropriate, in a sense, to not have enough money to live on.

"Being mentally ill is a natural condition of poverty. When you can’t participate in society by going out buying lunch and go into a store and stuff, it’ll make you crazy.

"It’s chicken and egg. They go hand in hand."

Prior to landing the role of Hopper in Stranger Things, Harbour had many acting roles but none that ever found him fame. 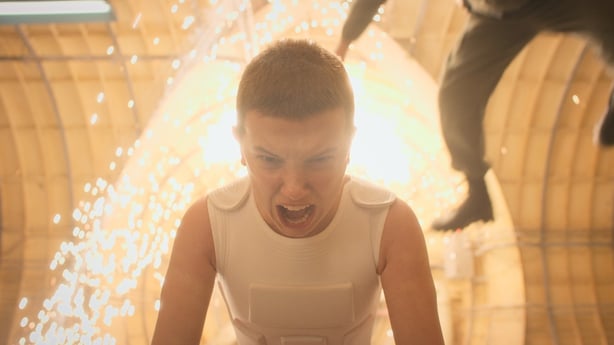 He said: "I hit the age of 35 and in my mind, I’d been fairly successful. I could pay the rent on an apartment, have food on the table and I was very happy about that.

"The dream of being on a talk show was always the marker for me and I gave that up at 35.

"And then it hit very hard a month after I hit 40. I remember going in and I was very upset because I still was in this place where I didn’t have any money, I was worrying about how I was going to pay my rent.

"I thought it was one of these situations, which you get a lot when you’re a journeyman actor where they’ve offered the role to a star.

"They’re just looking for a backup. I loved the script but I didn’t really invest very much in it." 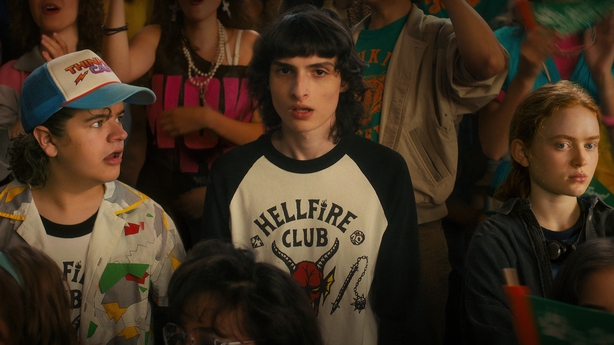 Reflecting on the show’s success - it’s won multiple Emmys and received four Golden Globe nominations - Harbour said: "Even when we were shooting it, I felt like, this is a show I would love but nobody’s going to watch.

"It was different from anything I’ve ever experienced in my career. One by one I started to get tonnes of text messages saying, 'Stranger Things is amazing, I love this show’.

"I’ve never experienced that before or since. It was really a magical moment. The reviews and numbers hadn’t come in but I knew at that point it was something special that really touched people."