After six weeks of evidence and details of violent altercations between the pair, closing arguments are due in the US defamation trial between Johnny Depp and Amber Heard.

Mr Depp is suing his former partner over a 2018 article she wrote in The Washington Post, which was titled: I spoke up against sexual violence — and faced our culture's wrath. That has to change.

The article does not mention Mr Depp by name, yet his lawyers say it falsely implies he physically and sexually abused Ms Heard while they were together.

Over the course of the trial jurors have heard evidence from a raft of family members, friends, work associates and medical experts.

Both Mr Depp and Ms Heard have also taken to the stand twice to give evidence and undergo cross-examination from the opposing legal teams.

The actor has consistently denied "outlandish, outrageous" claims of abuse brought by Ms Heard and says that he himself was the victim in their relationship.

In her testimony Ms Heard has graphically recounted instances of physical and sexual violence that she claims she suffered at the hands of Mr Depp, several times becoming visibly upset.

Mr Depp is claiming 50 million dollars in damages in the lawsuit and says that the allegations caused him to lose several high-profile film roles, including the Fantastic Beasts and Pirates of the Caribbean franchises.

Ms Heard is counter-suing Mr Depp over comments previously made by his lawyer Adam Waldman, who allegedly referred to her abuse claims as a "hoax".

Throughout the course of the trial legions of fans have queued outside the Fairfax County District Court in order to gain access to the courtroom – some having camped overnight to do so.

The case is being brought in Virginia rather than in California, where the actors live, because The Washington Post’s online editions are published through servers located in Fairfax County. 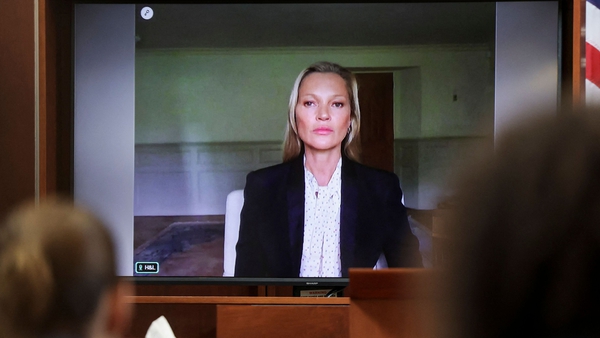