Galway Folk Americana trio The Raines have released their fourth single, Another Lover, and announced their first ever Irish tour. We asked Yvonne Tiernan of the band the BIG questions . . .

Ruth (vocals, guitar, ukulele) has toured and recorded with Dolores Keane, is a former member of The Molly Hicks and has three solo albums of her own.

Juliana (fiddle and vocals) has been at the forefront of the Americana musical scene in Ireland and has released seven albums with a diverse range of acts and Yvonne (vocals/ukulele) has toured as lead singer with The Chieftains.

Speaking about their forthcoming Irish tour, Yvonne says, "We are thrilled to be kicking off our first Irish tour in Whelan’s, Dublin on June 3rd and taking the band on the road to play live around the country. The part we love most about being in The Raines, is playing our music to a live audience."

Tickets on sale now via ticketmaster.com and Galway Folk festival.

I love horse-riding, I'm coeliac, and I'm a psychotherapist. 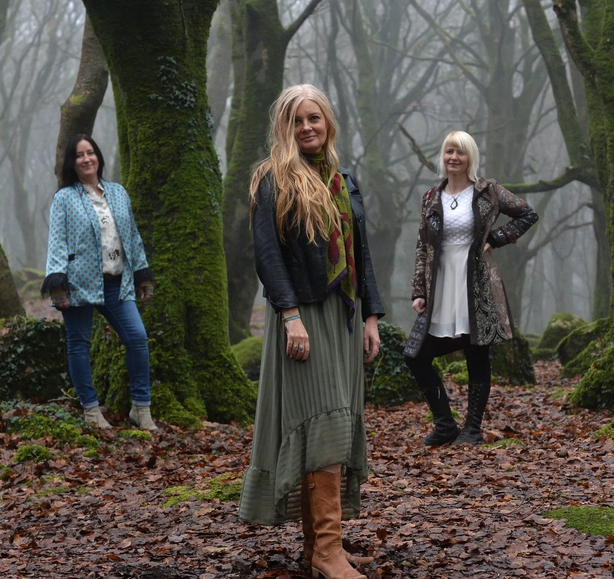 The Raines are a Folk Americana trio and our sound has an emphasis on vocal harmonies and lush fiddle arrangements.

I'm inspired by playing with my band mates Ruth and Juliana. My favourite band are I Draw Slow as I love the way their musical ideas are surprising and tasty. I'm inspired by the dark edge of The Civil Wars, especially Joy Williams. I was raised on Johnny Cash and Elvis so I have a deep love of American country. Eddi Reader's voice inspires me and I'm a huge Bob Dylan fan.

The first gig I went to was Simple Minds in Croke Park supported by In Tua Nua, whose bass player, Ivan O'Shea, is now our recording engineer. My first album was the double vinyl of Adam & The Ants Prince Charming from Golden Discs in Dolphins Barn in Dublin.

Lost on You by LP which we perform in our live set and I'm currently loving As It Was by Harry Styles because he makes me want to dance.

"She's a good girl, loves her Mama, love Jesus & America too. she a good girl, crazy 'bout Elvis, loves horses and her boyfriend too" from Free Fallin' by Tom Petty & The Heartbreakers.

Handle with Care by The Traveling Wilburys.

Our upcoming Irish tour dates, our music and all information on The Raines can be found on our website.