US actress Elizabeth Olsen has said the reaction of fans to her work "continues to surprise me."

The Godzilla actress reprises her role as Marvel sorceress Scarlet Witch in the franchise's latest offering, Doctor Strange In The Multiverse of Madness alongside Benedict Cumberbatch.

"I get to be here in person and feel the energy from the fans and we were in love with WandaVision. We had such a joyful time making that show.

"The effect that that had, you don’t get to have so many experiences like that in a lifetime and a career.

"I’m still grateful for the response and I’m moved by how it’s affected people."

The Liberal Arts actress also praised the costume designers saying that she had worked with "some of the best" in the costume industry and "moved" by the responses of fans to her "iconic" looks.

"Every costume designer I've got to work with on these Marvel films is creating something that is wearable but iconic and it’s for fans.

"I have nothing to do with that…but working on these films you get to work with some of the best." 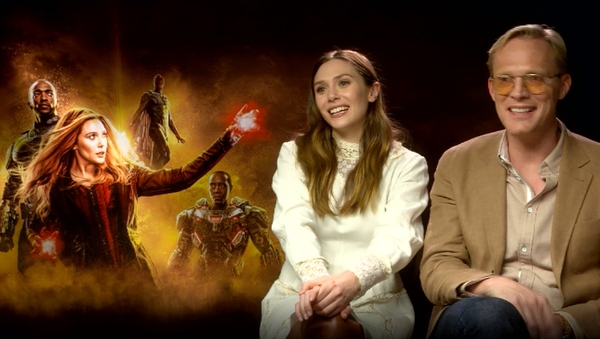