The production company behind the hugely successful The Play That Goes Wrong are back with a new show called Magic Goes Wrong.

Mischief's latest production sees them team up with legendary US magicians Penn and Teller, and it’s running at Dublin’s Bord Gais Energy Theatre from May 10-14.

The show was put together after many weeks out in Las Vegas working with the dynamic duo to craft this spectacular feast of a show. 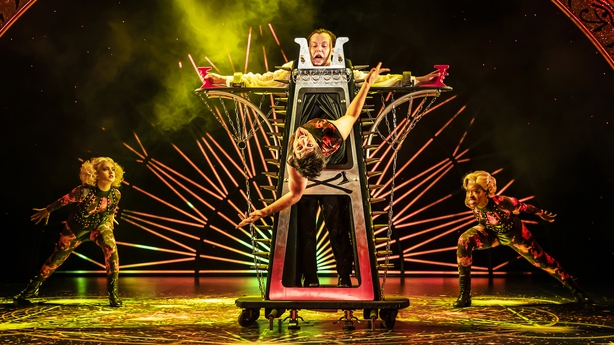 The story essentially follows a hapless gang of amateur magicians who are staging an evening of grand illusion to raise cash for charity.

But as the magic turns to mayhem, accidents spiral out of control – unfortunately, so does their fundraising target.

Mischief are famous for their physical slapstick and knockabout acrobatics and in Magic Goes Wrong the stunts are dangerous and the risks are life-threateningly high, in true Penn and Teller style.

Some of the illusions aren’t suitable for younger children, so the show is recommended for those aged 11 and older.