Oscars host Amy Schumer has said she is "still triggered and traumatized" as she praised comedian Chris Rock for handling it "like a pro" after Will Smith stormed onto the Oscars stage and slapped him.

Rock was slapped by Smith after he made a joke about the actor's wife Jada Pinkett Smith and her hair loss. A formal review into the altercation at the 94th annual awards ceremony has been launched. Smith has apologised for his actions.

In a post on Instagram, Schumer, who hosted the ceremony alongside Regina Hall and Wanda Sykes, wrote: "I think we can all agree that the best way to unpack what happened is to stream my series @lifeandbethhulu and see me on tour this fall.

"But for real. Still triggered and traumatized. I love my friend @chrisrock and believe he handled it like a pro. 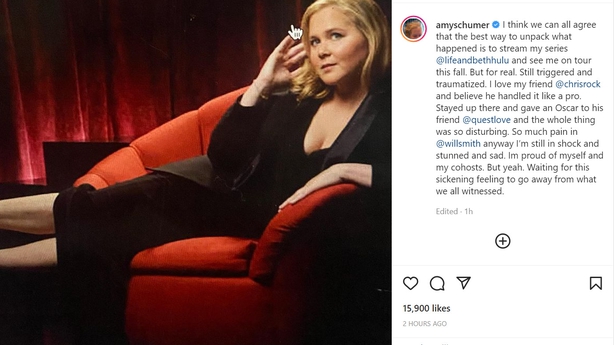 "Stayed up there and gave an Oscar to his friend @questlove and the whole thing was so disturbing. So much pain in @willsmith anyway I'm still in shock and stunned and sad. Im proud of myself and my cohosts.

"But yeah. Waiting for this sickening feeling to go away from what we all witnessed." [sic]

Earlier, Zoe Kravitz denounced the Oscars as an event "where we are apparently screaming profanities and assaulting people on stage now", following the altercation between Smith and Rock. 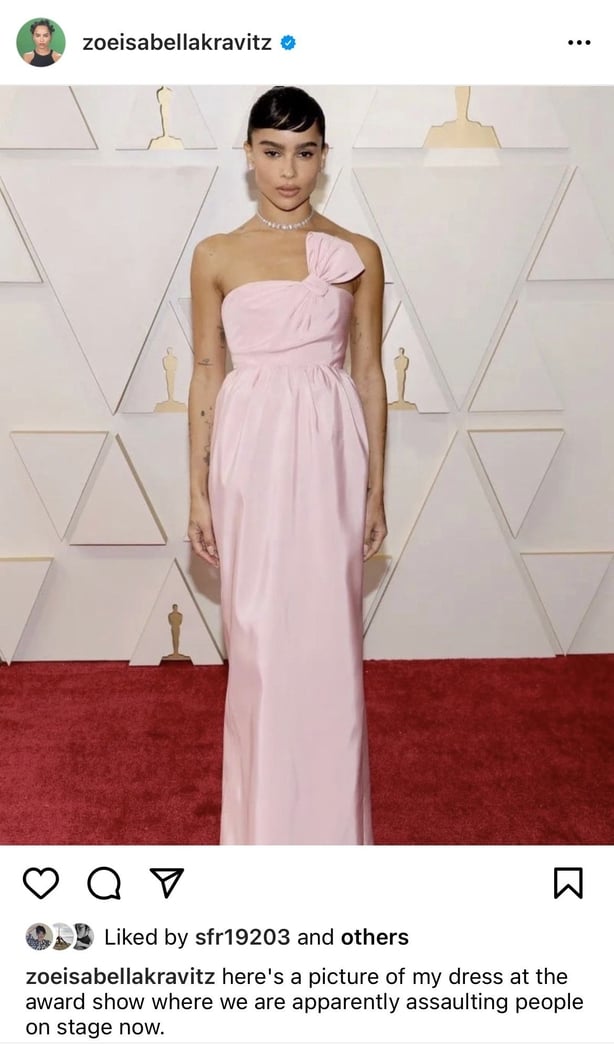 Ticket sales for Rock's stand-up comedy shows have reportedly increased "dramatically" following the Oscars altercation with Smith, with the comedian yet to publicly comment on the drama of Sunday night.

Smith has since apologised for his "unacceptable and inexcusable" actions and denounced violence in all its forms as "poisonous and destructive".