The actress, who starred as Ginny Weasley in the films and campaigns on environmental issues, shared a clip of them showing off their wedding rings by a pool.

She told her 3.7 million Instagram followers: "Yesterday was the best day of my life. Thanks to my husband!!" 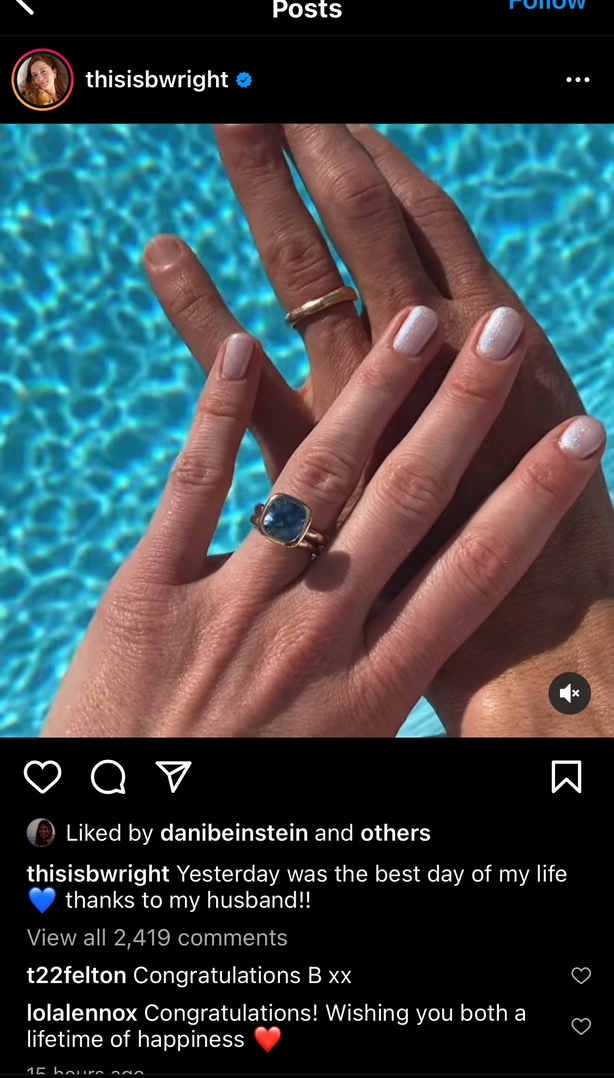 Her post prompted a flurry of messages from famous friends congratulating her on the news.

James Phelps, who played her on-screen brother Fred Weasley, posted a pair of celebratory emojis, while Afshan Azad, who played Padma Patil, added: "Love you so much."

Scarlett Hefner, who played Slytherin student Pansy Parkinson, said: "Congratulations to you both!"

Wright, 31, first shared pictures of herself with Lococo on social media in September 2020.

She revealed in a YouTube video posted in February this year that they had moved in together.

Wright was previously engaged to Harry Potter co-star Jamie Campbell Bower, who played a young Gellert Grindelwald, for a year until 2012.