Ed Sheeran is a "magpie" who allegedly "borrows" ideas from other artists to use in his songs, the High Court in London has heard in a copyright trial over his hit Shape Of You.

The singer is involved in a legal battle with two songwriters who claim the 2017 hit rips off parts of their track Oh Why, with Sami Chokri and Ross O'Donoghue alleging Shape Of You infringes "particular lines and phrases" of their composition.

Mr Sheeran and his co-authors on the song, Steven McCutcheon and John McDaid, began legal proceedings in May 2018, asking the High Court to declare they had not infringed Mr Chokri and Mr O’Donoghue’s copyright.

Two months later in July 2018, Mr Chokri and Mr O’Donoghue issued their own claim for "copyright infringement, damages and an account of profits in relation to the alleged infringement".

The trial over the copyright dispute, which is expected to last three weeks, began at the Rolls Building in central London on Friday.

Mr Sheeran attended the hearing in person, wearing a dark suit and a tie.

Andrew Sutcliffe QC, for Mr Chokri and Mr O’Donoghue, said the question at the heart of the case is "How does Ed Sheeran write his music?" and whether he "makes things up as he goes along" in song writing sessions.

The barrister said: "Or is his song writing process in truth more nuanced and less spontaneous… involving the collection and development of ideas over time which reference and interpolate other artists. This is the defendants’ case.

"Mr Sheeran is undoubtedly very talented, he is a genius. But he is also a magpie.

The barrister said this "depends on who you are and whether he thinks he can get away with it".

Mr Sheeran’s lawyers previously told the High Court that the singer and his co-writers have no recollection of having heard the song Oh Why before the legal battle and "vehemently deny" the allegations of copying.

Ian Mill QC, for Mr Sheeran and his two co-writers, discussed whether the case would cover if the three songwriters had allegedly subconsciously or consciously copied the hook of the song Oh Why.

"How can more than one person subconsciously copy something? That is completely inconceivable," Mr Mill said.

Mr Mill said a case of "conscious copying" against Mr Sheeran and his co-authors would require "all three to have known at the time of writing that they were copying Oh Why".

The High Court also heard that PRS for music – the industry body that collects and distributes royalties – had suspended payment to Mr Sheeran and his co-writers for the performances or broadcasts of Shape Of You.

The song was a worldwide hit, becoming the best-selling song of 2017 in the UK and the most streamed song in the history of Spotify.

Mr Sutcliffe later acknowledged that the Shape Of You creators were "very famous and very successful".

He added: "They have had many hits, they have created many records and they have won many awards."

But the barrister said the case was not about "how famous the claimants are, it boils down to that the defendants are not".

He added: "They are not Shaggy, Coldplay, Rihanna or Jay-Z, if they were they would have been treated in a very different way.

He said Mr Chokri and Mr O’Donoghue "are not aspiring artists".

The barrister continued: "They are songwriters and very talented, who deserve the same respect as any other artist and due recognition where recognition is due."

The trial before Mr Justice Zacaroli continues, with judgment expected to be reserved until a later date. 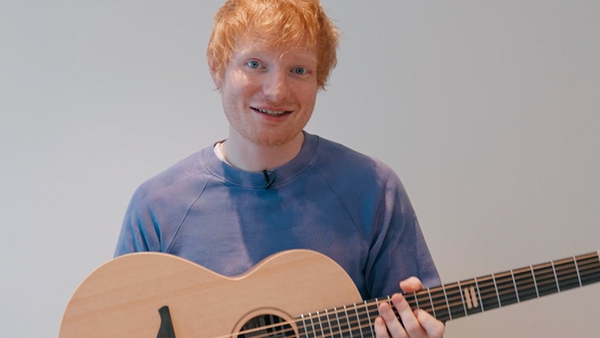